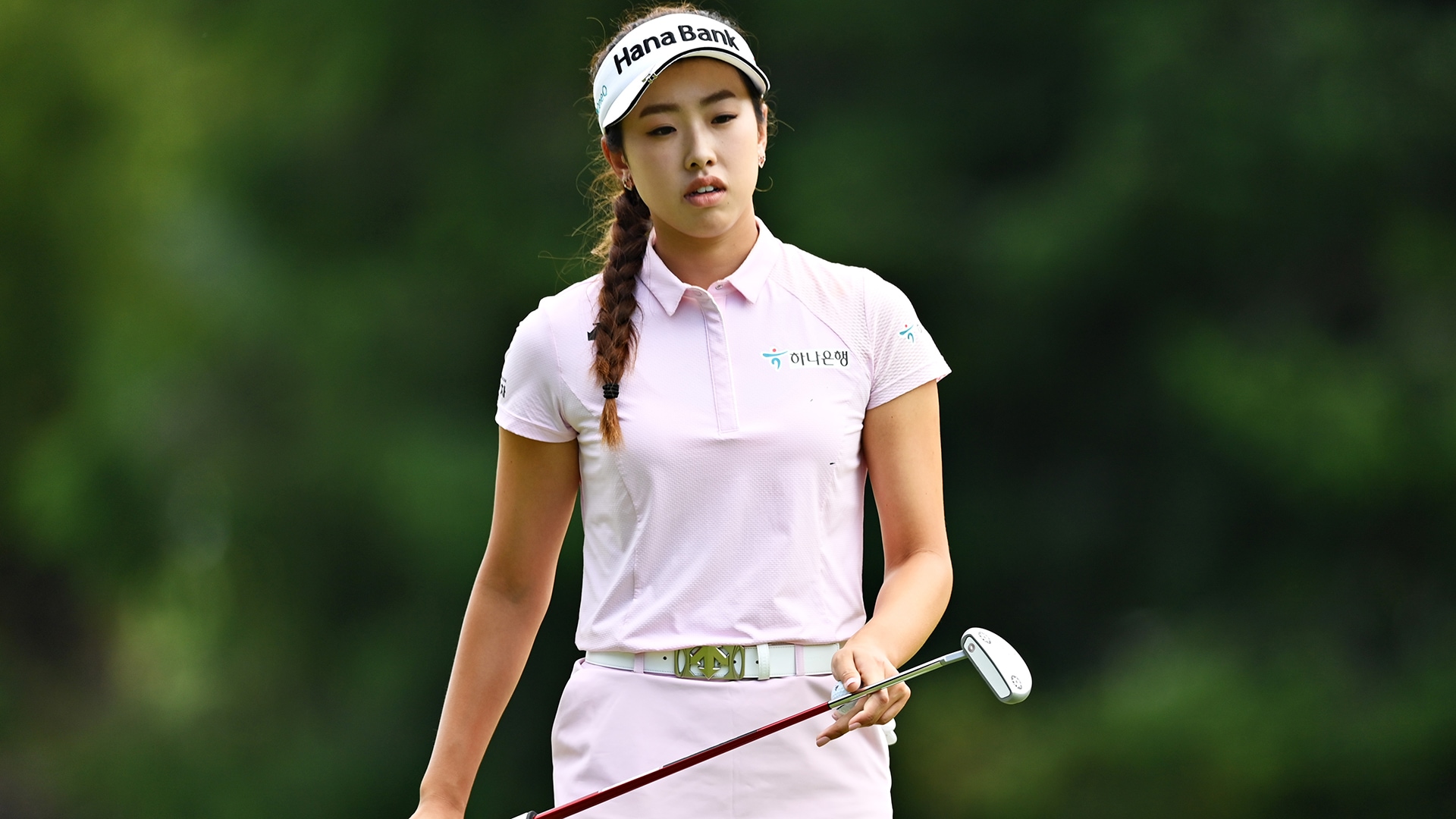 When Yealimi Noh walked down the 18th fairway at the Amundi Evian Championship, she thought she would be nervous. Her drive had leaked right and ended up in thick rough with no chance to hit the green on the reachable par-5. A birdie for Noh on No. 18 would force a playoff with clubhouse leader Minjee Lee, who shot 7-under 64 to get in at 18 under.

But during this time of intense pressure, Noh was calm as ever.

“I'm really good at calming my heart down,” she said. “You can feel it. Like the only thing is your heart beating.”

The tempo of her swing looked like whipped butter as she spun her wedge shot back through the second cut to about 8 feet. Despite her poise, though, Noh’s birdie putt missed on the right side of the hole. She tapped in her par putt and closed her eyes for a second. She then smiled and waved to the crowd.

“I missed a lot of short putts. After I missed a few, that's when I was like, Please just go in. This feels like Portland all over again,” said Noh, who twice came close to winning the Cambia Portland Classic with a solo second in 2019 and T-3 in 2020. “I’m going to be fine, it was just so close. I didn't think in the beginning of the day whether I could pull it off. But getting there and actually being really close was good.”

Noh co-led the championship with Pajaree Anannarukarn after Day 1, shooting 65. On Friday, Jeongeun Lee6 shot a bogey-free 61, which tied the lowest score in a major and forced Noh to chase the top of the leaderboard the rest of the week. Going into Sunday’s round, Noh was five shots behind Lee6. By the time they both made the turn, Noh was leading by one shot.

But then Lee, who was seven shots back from leader Lee6 on Sunday morning, made a run on the back nine: four birdies on her last five holes, and an incredible par-save on the par-4 17th put Noh just one short of becoming a major champion.

“It's my best major finish,” said Noh. “After starting out so bad this year you just want to do better. When it doesn't go your way, when you know you can be there, it's hard.”

In her first three tournaments of 2021, Noh finished outside of the top-40. At her third tournament, the Kia Classic, Noh was fined $10,000 for slow play. She missed the cut in her fourth tournament.

“The fine was really hard for me because I don’t think I deserved it,” said Noh after the first round of the KPMG Women’s PGA. “It was really hard to come back mentally for me, always watching my back and trying to do something that I don’t normally do.”

But just before the KPMG, Noh started to see her work pay off. She finished T-13 at the LPGA Mediheal, T-15 at the KPMG and T-3 at the Dow Great Lakes Bay Invitational, where she partnered with A Lim Kim.

A week later, she almost won her first major.

“Yeah, there’s just a lot of emotion, but it just means I care. Everyone does. You know what I mean?” said Noh following her Sunday round. “Just sucks because I didn't birdie a single par-5 and I had a lot of like 6-footers coming down to make.”

The Evian completed Noh’s eighth week on the road, and she will head to Northern Ireland for the ISPS Handa World Invitational to finish her nine-tournament stretch before a break.

“You always think about what you missed,” Noh acknowledged, “but overall it was a really positive week. I’m just really glad to have been in this position in the first place and to play with major champions.”