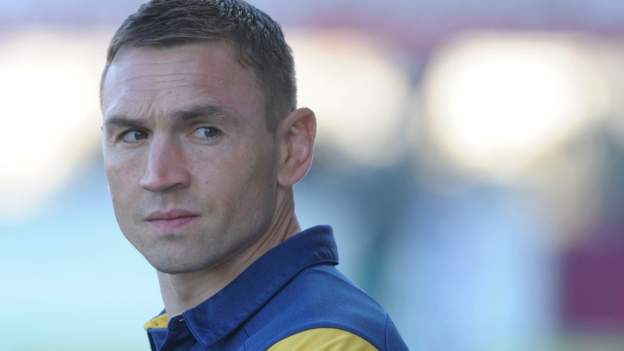 The 40-year-old is due to join rugby union side Leicester Tigers as their new defence coach, replacing Mike Ford.

The ex-England rugby league captain was due to depart the club in the autumn but has agreed with chief executive Gary Hetherington to leave early.

"Everyone knows I am on the end of the phone and will offer help and support whenever it is needed," he said.

"I am confident this group of players can go on and achieve even more success for this great club both in the short and long term, and I wish everyone all the best."

During his playing career, Sinfield led Leeds to seven Grand Final triumphs and two Challenge Cup successes, and has worked in an administrative role for the past three years.

He was awarded an OBE in the Queen's Birthday Honours for fundraising and services to rugby league.

Last December he ran seven marathons in seven days and raised £2.2m in support of former team-mate Rob Burrow, who is living with Motor Neurone Disease.

Hetherington added: "His record as a player is unsurpassed and some may have thought it was a risk for him to return. However, he answered the call and has steered us through an unprecedented tough period, both on and off the pitch, with great leadership."