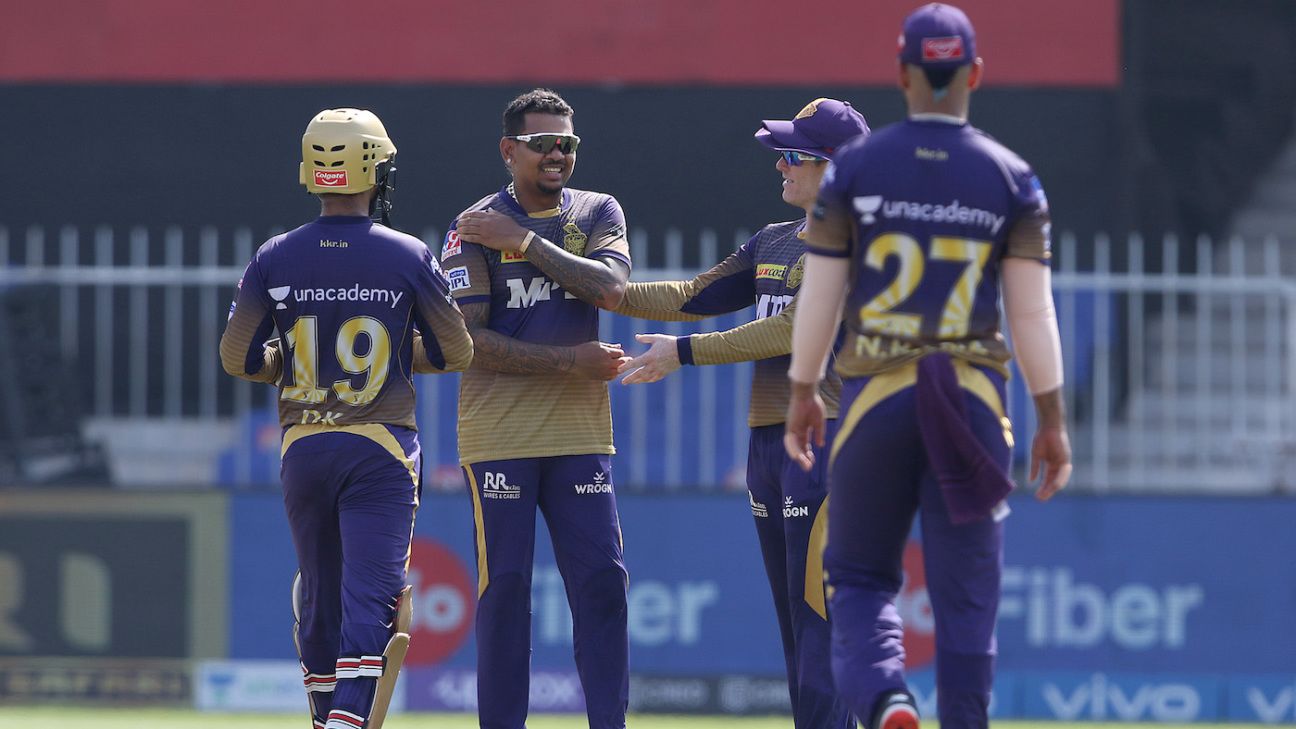 In replacing the injured Andre Russell with a fast bowler rather than an allrounder, Kolkata Knight Riders were placing a lot of faith in Sunil Narine to balance their side. He no longer opens their batting, and before this game had scored 4, 6, 0, 0 and 0* in his only outings with the bat this season.

Narine repaid that faith with an influential all-round display that led the Knight Riders to their third win in four games in the UAE leg of IPL 2021.

On a tricky, two-paced pitch in Sharjah, Delhi Capitals only managed 127 after being sent in, with Narine looking un-hittable while finishing with 2 for 18 in his four overs. The chase was a stop-start affair, and there were moments when it seemed like the game could go either way, not least when Narine walked in with the Knight Riders needing 32 off 32 with five wickets in hand.

Chancing his arm and riding his luck, Narine clattered 21 off 10 balls, quickly reinforcing the smallness of the target. The game wasn't quite done yet, as Narine and then Tim Southee fell with the Knight Riders at the doorstep of victory, necessitating an injured Lockie Ferguson to come out to bat. But Narine's hitting ensured the anxiety was kept to a minimum: Nitish Rana's winning slash to the third man boundary came with 10 balls still left to play.

Karthik Krishnaswamy is a senior sub-editor at ESPNcricinfo

More in this category: « Jhulan Goswami up to second spot among ODI bowlers, Mithali Raj slips from the top NCL round-up: Dhaka claw back from 0 for 4 to stun Sylhet; Mahmudul scores another century »
back to top