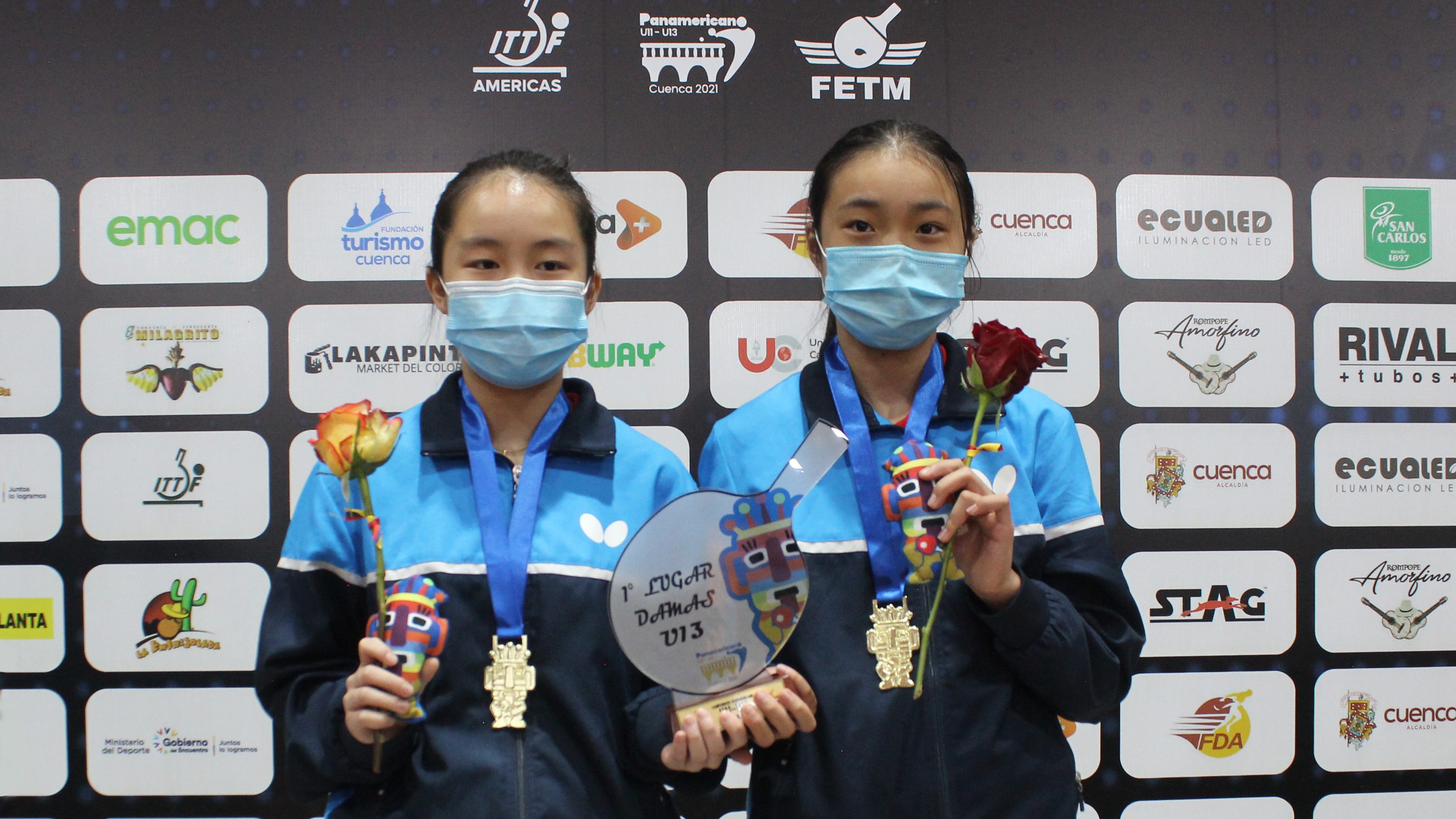 Lin Yishiuan and Amber Liu and captured the under 13 girls’ title, recording a 3-0 win against colleagues Mandy Liu and Aria Shi in the final.

Earlier in the day they had posted success by the same margin at the quarter-final stage against Ecuador’s Noehelia Ortiz and Anie Rubio, prior to claiming a 3-1 semi-final win in opposition to Brazil’s Lana Ozeki and Ani Tadima.

In the opposite half of the draw, in the later rounds, Mandy Liu and Aria Shi had secured a 3-0 win against Peru’s Isabella Leon and Luciana Granados, prior to gaining a 3-1 success when opposing Ecuador’s Maybelline Menendez and Belen Pacheco.

Most worthy performances, it was the same in the under 11 girls’ team competition.

Safely through to the semi-finals the previous day, Geetha Krishna and Tashiya Piyadasa secured a 3-0 penultimate round win against Puerto Rico’s Iana Gonzalez and Naymaris Hernandez, prior to gaining the title at the final expense of compatriots Abigail Yu and Tiana Piyadarsa.

Earlier in the opposite half of the draw, Abigail Yu and Tiana Piyadarsa had posted a 3-2 win when confronting Ecuador’s Karolayn Maldonado and Zarahys Rivandeneira.

Gold in both girls’ event, in the under 13 boys’ team event they came mightily close to the same outcome.

At the start of the day in the quarter-finals, the Puerto Ricans had secured a 3-1 success against Brazil’s Felipe de Lara and Vicenzo Nakashima, prior to posting a 3-0 win in opposition to the United States pairing of Krish Gandhi and He Xianyao.

Defeat by a narrow margin for Du Mu and Stanley Hsu; in the later rounds, it had been imposing wins. At the quarter-final stage they recorded a 3-1 win in opposition to Colombia’s Sebastian Bedoya and David Muñoz, before gaining a 3-0 success when confronting Brazil’s David Fujii and Hamilton Yamane.

Runners up spot in the under 13 age group for the United States, it was the same for Maxim Mouchinski and Brian Wu in the under 11 category.

Having recorded a 3-2 penultimate round win against Argentina’s Mateo Carranza and Matias Zeniquel, a 3-1 defeat was the outcome when facing Colombia’s Emanuel Otalvaro and Juan Pineros.

Immediately prior, at the semi-final stage, the Colombians had recorded a 3-1 win in opposition to Brazil’s Frederico Martins and Theo Tadima.

Attention now turns to the individual events, play in the 2021 ITTF Pan American Under 11 and Under 13 Championships concludes on Sunday 24th October.