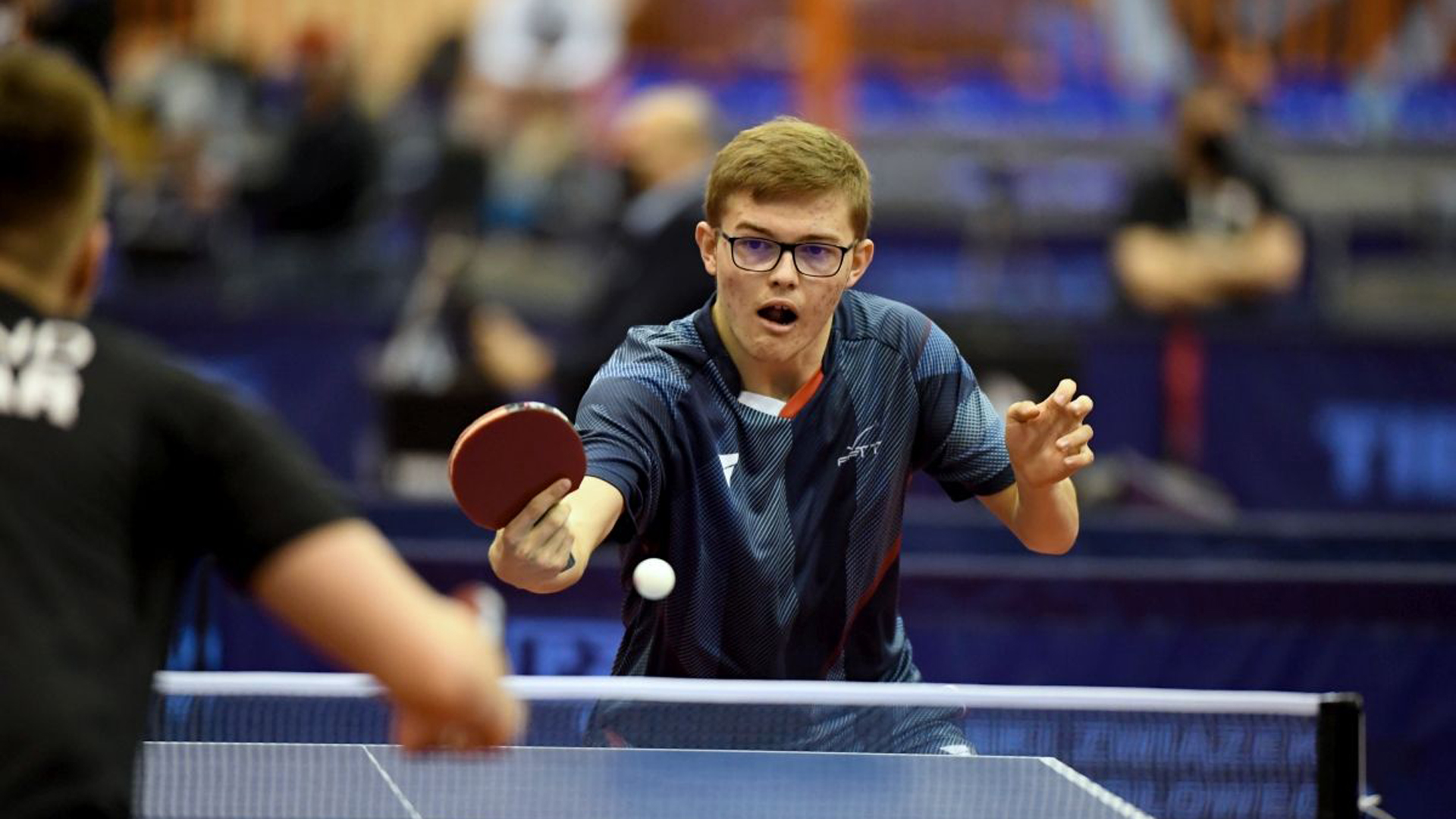 “I am very happy because I won all the matches in the group, and they were all tough opponents. Tomorrow, I will play against my brother. Of course, we didn’t want that, we don’t play against each other often, and it’s a pity that one of us will be eliminated after this match. We have played four times in official matches so far. The balance is unfavourable for me, but we will see what happens tomorrow,” said Felix Lebrun

“The day did not start well for me. I lost to Szymon Kolasa from Poland, but then I played better and better. I felt more confident and was able to advance further. Tomorrow, I’m playing Csaba Andras. I know him well, he’s a very good player, but I’m going to give my best because I’m here to win this tournament,” said Andrea Puppo

Awaiting Puppo in the Round of 16 is Hungary’s Csaba Andras after he and Romania’s Darius Movileanu narrowly outpaced Singapore’s Yong Izaac Quek to the top two positions in group three, with all three players posting two wins in an extraordinary group.

Falling just short on the Under-19 front, Quek enjoyed better fortune in the Under-15 Boys’ Singles event. Quek opened his account with a ruthless display against Poland’s Dawid Jadam (11-5, 11-8, 11-4) before confirming his status as group four winner with another sublime victory over Germany’s Manuel Prohaska (11-3, 11-7, 11-6).

“I have not played in any tournaments for two years. The last time I played was here in Wladyslawowo! I am very happy that I am able to be here again, competing with other players. I am happy with my games today,” said Yong Izaac Quek

The highest-ranked entry on duty, Romania’s Iulian Chirita laid down an early marker in the title race after he topped his group with back-to-back 3-0 successes against Slovakia’s Pavol Kokavec (11-4, 11-9, 11-3) and Czech Republic’s Jindrich Moravek (11-5, 11-2, 11-9). Meanwhile, the host nation’s very own Artur Gromek beat group eight favourite Samuel Arpas of Slovakia (11-6, 5-11, 9-11, 11-9, 11-9) to join Polish compatriots Samuel Michna, Rafal Formela and Patryk Zyworonek in qualifying for the Round of 16.

Samuel Kulczycki and Maciej Kubik produced one of the star performances of the Under-19 Boys’ Doubles quarter-finals, fighting back from a 1-2 deficit to prevail 3-2 against colleagues Milosz Redzimski and Szymon Kolasa in an all-Polish encounter (11-6, 10-12, 8-11, 11-2, 11-4).

There was an even more remarkable comeback at the same hurdle in the Under-15 Boys’ Doubles, as Austria’s Petr Hodina and Julian Rzihauschek recovered from two games down to beat German counterparts Luis Kraus and Lleyton Ullmann (9-11, 6-11, 11-9, 14-12, 11-5).

Wednesday offers an exciting programme with title honours on the line in four events. Play gets underway from 0930 local time with Round of 16 action from the Under-15 Boys’ Singles, followed by the Under-19 draw, which also resumes from the same hurdle. Following a short break, the quarter-final debate takes centre stage before the attention then shifts to penultimate round affairs from the singles and doubles events scheduled from 1500. The day concludes with four title deciding contests in a row as the top-performing players battle it out for bragging rights from 1745 to 1945 local time.