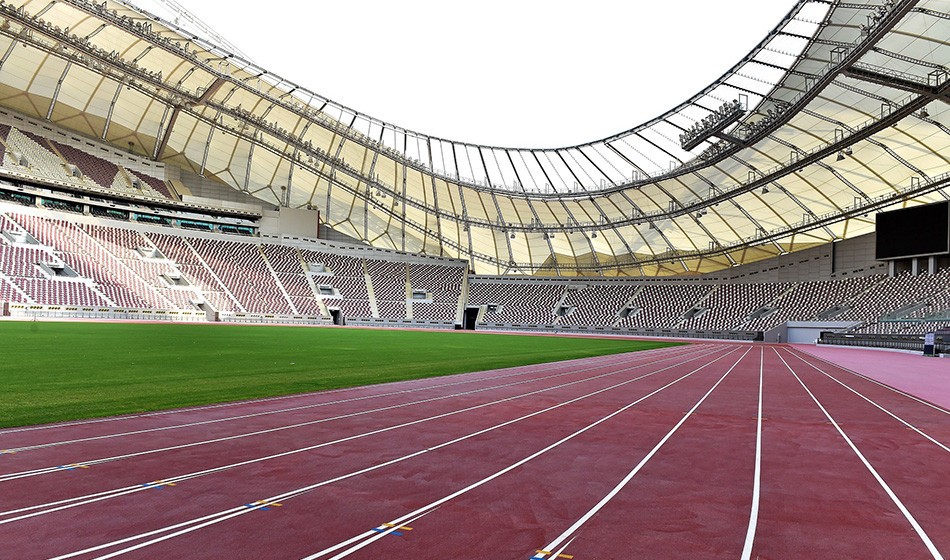 Having played host to events such as the Asian Games, as well as football’s Gulf Cup and AFC Asian Cup, Doha is no stranger to staging high-profile sporting showpieces. Things are about to step up a level, however.

The 2022 FIFA World Cup is on the horizon, but first comes this year’s IAAF World Athletics Championships which will turn a global gaze towards the Qatari capital.

Athletics is a regular fixture on the sporting calendar in this part of the world and the Diamond League meeting at the Khalifa Stadium – venue for the world championships – in May heralded the start of what has already been an eventful season.

A number of the big-name stars have whetted the appetite for what lies ahead and shown they mean business on the track and in the field this year.

Britain’s triple European champion Dina Asher-Smith has shown remarkable form, for example, while on the men’s sprinting side, Noah Lyles’ scorching 200m in Lausanne is still fresh in the memory.

Qatari stars Abderrahman Samba, the Diamond League winner who ran the quickest time for the 400m hurdles since 1992 (46.98) last year and started the year in fine form, as well as world champion high jumper Mutaz Essa Barshim, will also be under the microscope in this season which has taken on an added dimension given its increased length due to Doha 2019 getting underway on September 27.

The mercury will be high at that time but the Khalifa Stadium has been transformed into an ultra-modern venue equipped with cutting-edge features such as air-conditioning technology, LED lighting and digital floodlights, providing optimal performance conditions for athletes and a great viewing experience for spectators.

Away from the stadium there is plenty for visitors to Doha to discover and take in.

From shopping at the bustling Souq Waqif, to desert adventures and stunning cultural experiences, the tourist options on offer are remarkably rich and varied.

With a world-class stage set, the world’s best athletes primed for competition and a city ready to welcome the world, this will be a championships to remember.