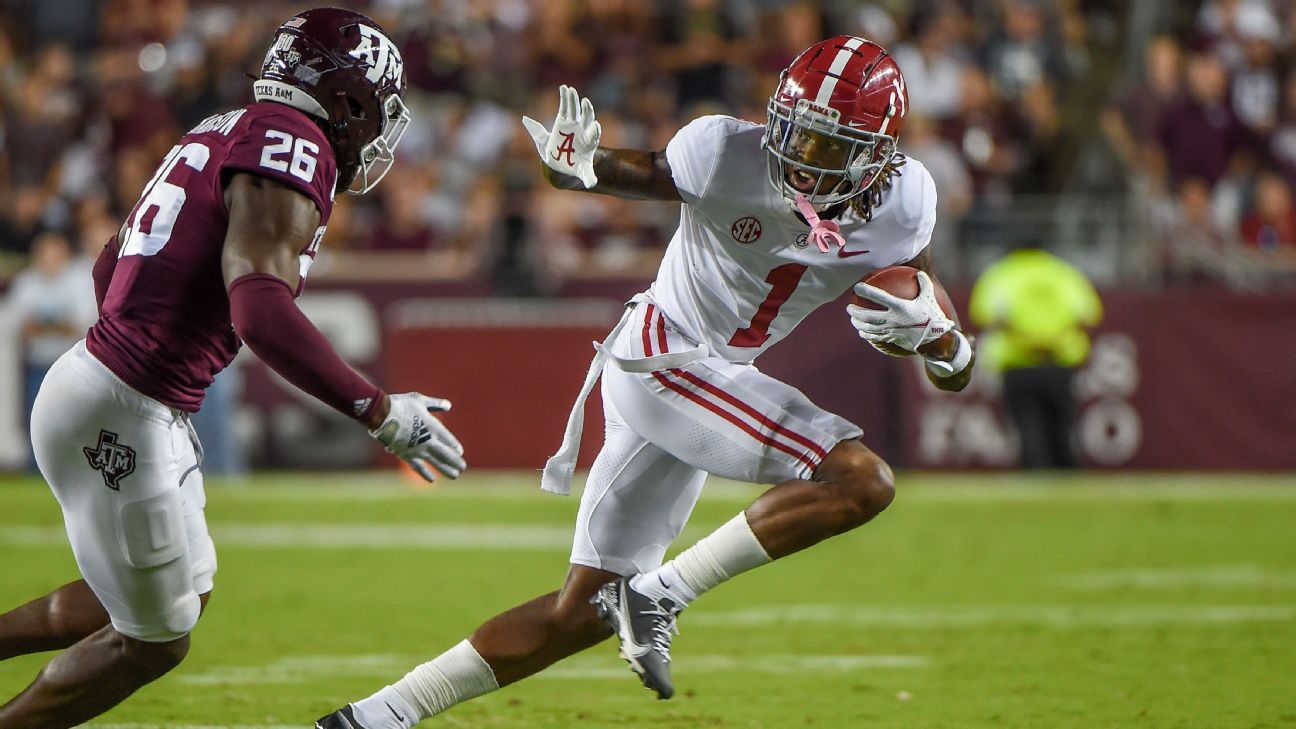 Alabama leading receiver Jameson Williams was ejected from Saturday's game against Auburn after being called for targeting.

Williams was on the punt defense team and appeared to hit the return man with the crown of his helmet. The play was reviewed and upheld.

A few minutes later, Auburn quarterback TJ Finley found Kobe Hudson for a 15-yard touchdown to give the Tigers a 7-0 lead midway through the second quarter.

Williams entered the weekend ranked first on the team in receiving yards (1,218) and receiving touchdowns (13).

He also leads the team with two kickoff return touchdowns.

More in this category: « Titans place ailing WR Brown on injured reserve Portis gets 6 months in prison for fraud scheme »
back to top