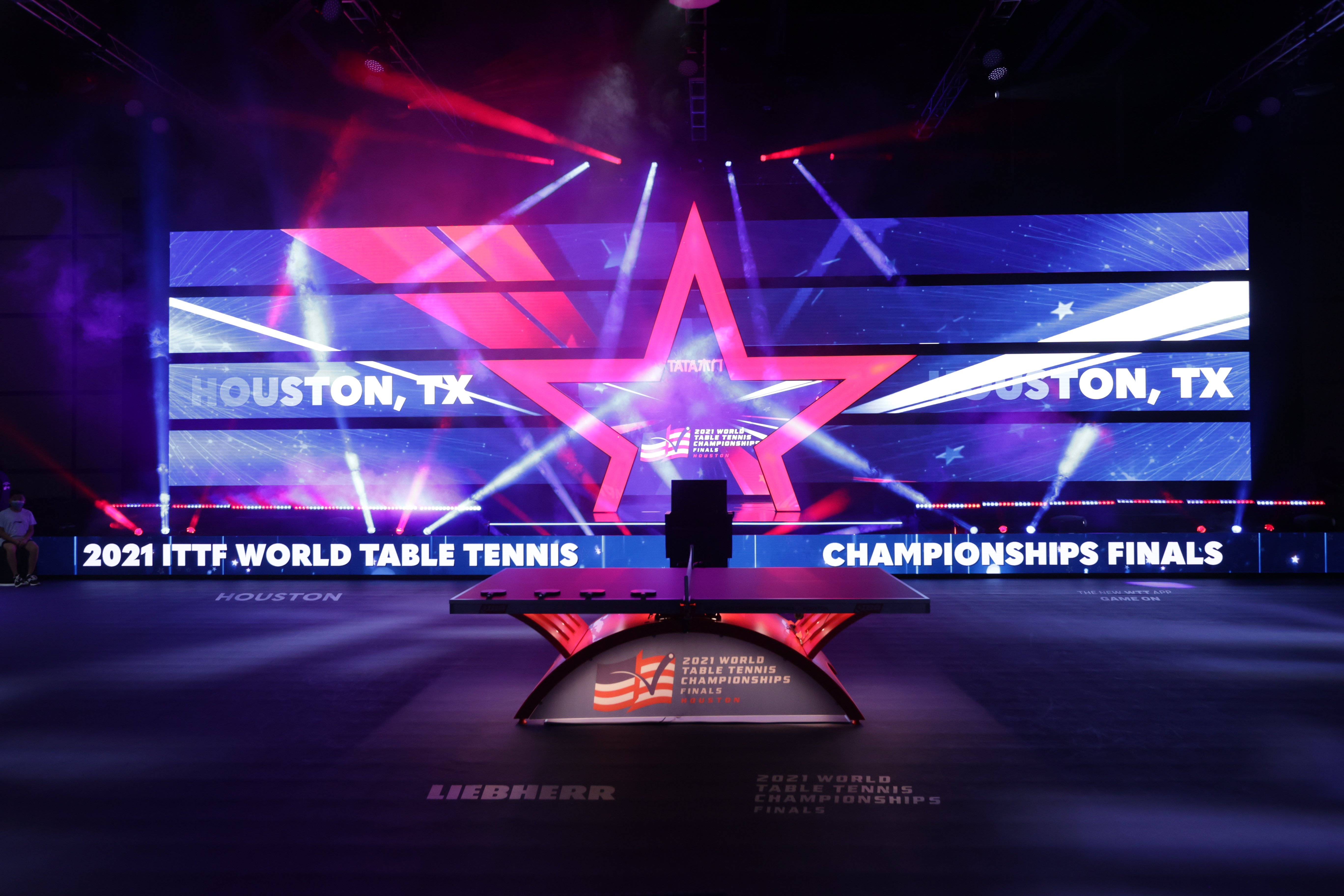 Houston, we had a great time! The 2021 World Table Tennis Championships Finals came to a close on Monday 29 November, after six mesmerising days of incredible action in Texas. There were stories and highlights all week long for the entire ITTF Group.

“I’m very happy and excited to have won,” said Wang Manyu. “There’s no loser today and everyone’s performance is worthy of respect. Sun Yingsha and I are around the same age. We keep pushing each other to get better, and this represents a very good rhythm of continuous, mutual growth and progress between us. She did very well today. I’m very thankful to her and everyone who supports us.”

“I’m very happy to have won, but I don’t think this is the ending point for me. I hope that I can progress to a higher stage through my achievement at this championships,” said Fan Zhen Dong.

A rising new generation of players has also made their presence felt as players from all continents qualified for the quarterfinals – fulfilling one of the key objectives of the ITTF 2018-2024 Strategic Plan. While Asia and Europe have not disappointed with their stellar performances, players from Africa, Europe, North America, South America have lit up the historical event, demonstrating the progress made by the High Performance and Development department in talent identification, selection, and development programmes in each continent.

“This year the WTTC brought the best players from all over the world to Houston, Texas!” said Janis Burke, CEO of the Harris County – Houston Sports Authority. “Over the last week, we have seen record-breaking success especially from many of our American players. We believe this is largely due to the tremendous support and encouragement the players have received from our local U.S. community. We hope that this support will lead to the growth and advancement of table tennis in the Americas for years to come.”

Indeed, lifted by the cheers of the local crowd filling the stands of the George R Brown Convention Center, Kanak Jha became the first American man to reach a World Championships singles quarterfinal since 1959, making the first World Championships hosted in the Americas even more unforgettable.

The US rising star was also part of the two unprecedented Chinese-American mixed doubles pairs with Wang Manyu (CHN), Lin Gaoyuan (CHN) and Lily Zhang (USA). Formed just a week ago, the pairs have demonstrated what friendship and collaboration can achieve throughout the tournament. Lin and Zhang even took bronze, a historic performance on the year marking the 50th Anniversary of Ping Pong Diplomacy.

Now led by the ITTF Foundation, the CSR branch of the ITTF Group, the Ping Pong Diplomacy programme aims to build diplomatic and friendly relations between nations and people and bring peace around the tables.

ITTF President Petra Sörling commented, “It couldn’t be a better symbol for the power of table tennis than having China and the USA demonstrating to the whole world that when we are united, we are stronger. I am grateful for the Foundation’s work to bring Ping Pong Diplomacy down to the grassroots level. The unifying strength of table tennis is far away from being limited to the states level. Our sport can cross all kinds of borders, whether physical, cultural or human.”

ITTF Executive Vice-President and CTTA President Liu Guoliang added: “Throughout the competition, we saw all four players battle their hearts out. From initial strangers to close partners with a strong bond and mutual support, they repeatedly put up amazing performances for the audience, and match after match, fans from both countries continued to cheer them on together.”

Bringing the World Championship to the United States was a bold move, but a successful bet by the Table Tennis family. More than 26,000 spectators packed the stands and continuously supported their new favourite players. Sports presentation was also brought to another level, with a distinctive American vibe.

The United States has already 19 million recreational table tennis players in America and, by hosting the first-ever World Championships in the Americas, the ITTF Group is looking forward to leaving a strong legacy and growing Table Tennis even further on this continent.

World Table Tennis (WTT), the commercial arm of the ITTF Group, introduced a new kind of memorabilia for the fans by launching a series of Non-Fungible Tokens (NFTs) during the tournament. The exclusive digital artworks showcase various iconic elements of the 2021 World Championships. Fans can get their own digital souvenirs on OpenSea, the world’s first and largest digital marketplace for crypto collectibles and NFTs.

Ever since its launch, WTT has been leading the table tennis digital transformation and opening up new revenue streams for the sport. The launch of officially licensed table tennis NFTs is another milestone in the journey to make the sport one of the most recognised and followed in the world.

Successful delivery against all odds

“These championships were delayed but unstoppable,” said Steve Dainton. “Let’s not forget all the work that went into it. I would like to express my gratitude to Houston and the Harris County – Houston Sports Authority, and the ITTF Group’s team for their incredible work.”

This year’s championships are of even greater significance for the Table Tennis community when the 2020 event in Busan, Korea, was cancelled due to COVID-19.

The local organising committee in close collaboration with the ITTF Group took every appropriate measure to deliver a successful and safe event for all stakeholders. Dainton continued, “Despite all the challenges presented by the COVID-19 pandemic, we had a World Championships. And that is a significant victory. Athletes are at the centre of what we are doing; we take great pride in enabling the players to compete. It is crucial that we support them in these uncertain.”

The players will not have to wait long to play again, accrue World Ranking points and earn prize money. Singapore will make history as the city plays host to the inaugural WTT Cup Finals from 4 to 7 December 2021. Some of the best players – including the new World Champions – will be vying for the honour to become the first-ever champions of the new season-ending event.