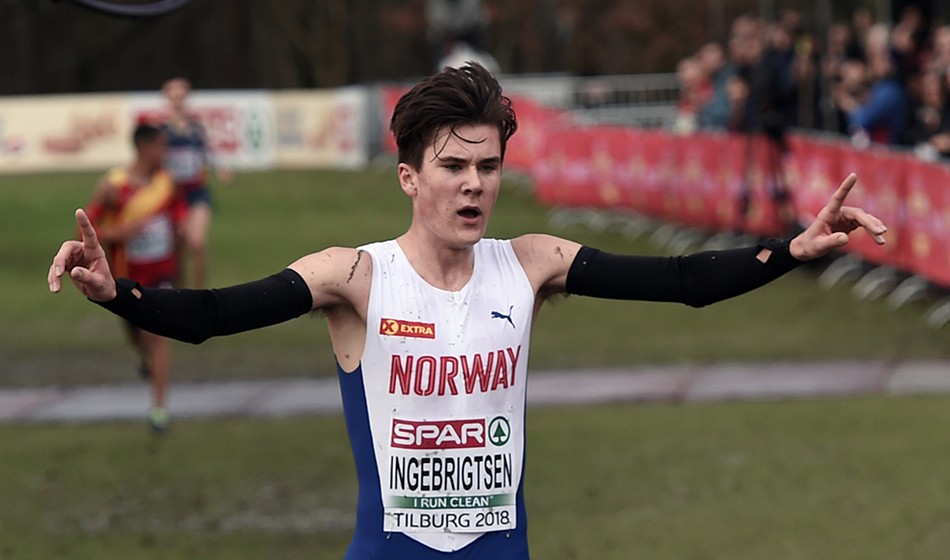 Organisers of the Spar European Cross Country Championships in Dublin next week received a boost when Jakob Ingebrigtsen was named in the Norway team for the event.

Ingebrigtsen, who recently turned 21, has won four European cross-country titles in the under-20 age group but will be racing in the senior men’s event on December 12.

He will be joined in that team by his older brother Filip, 28, who won the European cross-country senior men’s title in 2018 and the European 1500m crown in 2016.

Jakob of course took Olympic gold earlier this year in Tokyo when he beat Kenya’s Timothy Cheruiyot and Britain’s Josh Kerr to the title in a European and Olympic record of 3:28.32.

After winning under-20 Euro Cross titles in from 2016 to 2019, he is bypassing the under-23 age group in Dublin and going for the senior men’s crown instead.

Olympic 1500m champion Jakob Ingebrigtsen has been selected to compete for Norway at the European Cross Country Championships ??

Ingebrigtsen won the U20 singles title four times between 2016-19. pic.twitter.com/Bw60VSd6HV

Frenchman Jimmy Gressier, who won three medals in the under-23 age group at the Euro Cross from 2017 to 2019, will take on the Ingebrigtsens in the senior men’s race.

In addition, the German team has been bolstered by the inclusion of Konstanze Klosterhalfen in the senior women’s event.

The trial for the British team, meanwhile, took place in Liverpool on Saturday – CLICK HERE to read more.

Tickets for the event are only €8 for adults and free for under-16s.