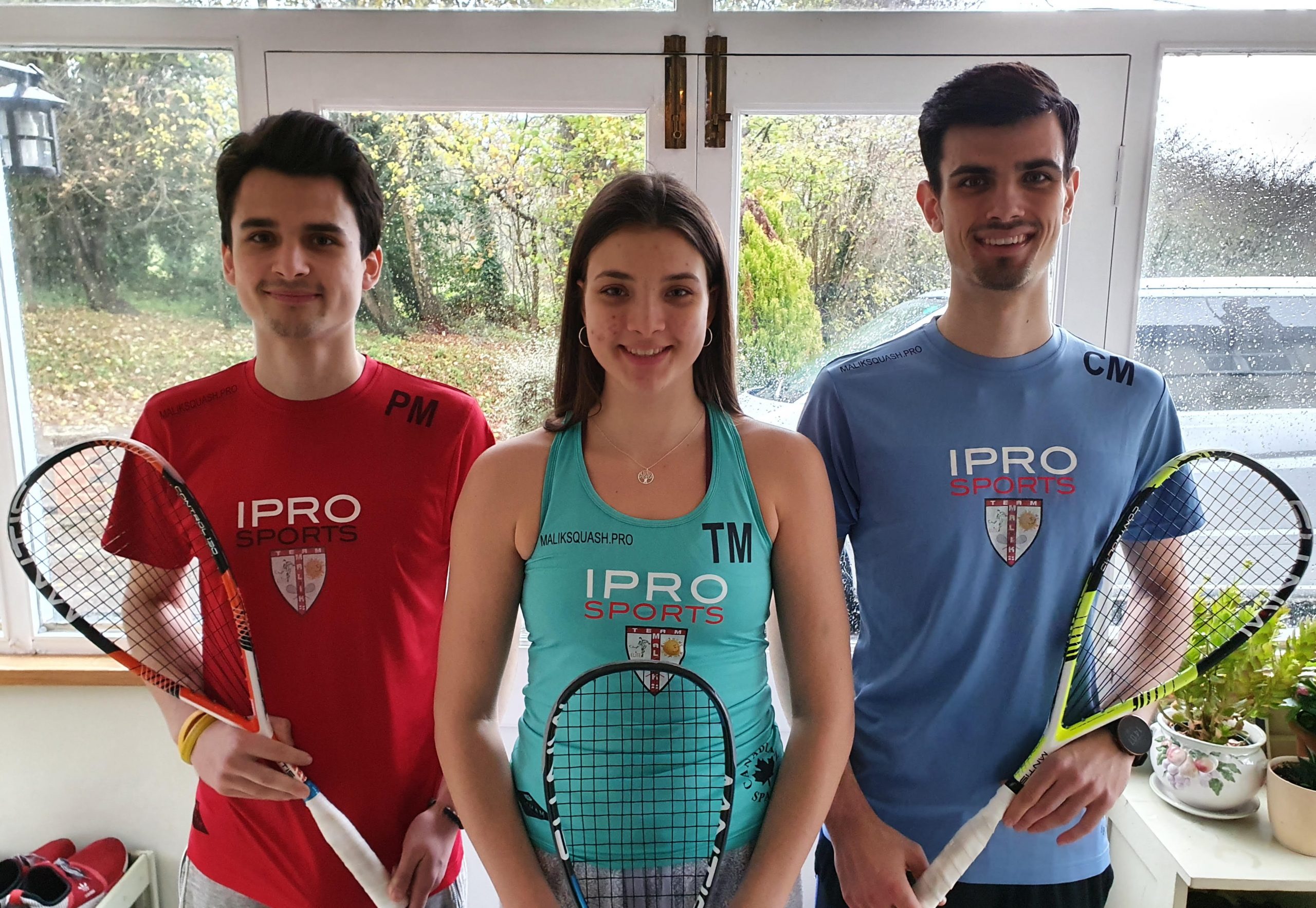 Sussex brother and sister Curtis and Torrie Malik are the top seeds in this week’s Colin Payne Kent Open, sponsored by 501 Entertainment, which starts tomorrow at Tunbridge Wells Squash Club.

Squash historians are scratching their heads and wondering if any similar siblings have been top seeds for a PSA tournament since the golden days of Australia’s world champions Rodney and Michelle Martin in the 1980s and 90s.

The Kent Open, a PSA Challenger event, was postponed last year because of the coronavirus pandemic but is now back with a new look.

A women’s competition has been added for the first time and the two events will each have equal prize money of $3,000 (£2,250) spread among the 32 players competing at the popular Kent club.

The tournament is dedicated to former Tunbridge Wells No.1 Colin Payne, a former professional player and England Masters national champion who died in tragic circumstances in 2016.

Colin and I played doubles together at Maidstone Squash Club, where I first launched the tournament as the Maidstone Open more than 20 years ago. Among many famous names to have competed in the event down the years, former world champion Nick Matthew won the tournament twice, beating Peter Genever in both the 2002 and 2003 finals.

Interestingly, Martin Heath entered the 2003 event but retired during his semi-final match against Peter to save some energy for the PSA World Series Finals in London the following week. He clearly didn’t relish a long battle with Nick before heading to the Broadgate Arena!

The Kent Open is sponsored by Tunbridge Wells first teamer Jonny Powell, whose 501 Entertainment company is transforming the hospitality industry by using technology to update traditional pub games like darts and shuffleboard in a fast-growing sector known as competitive socialising.

Jonny awarded the men’s wild card to Tunbridge Wells team-mate Noah Meredith, who has been handed the toughest possible task by being drawn against top seed Curtis in the first round on December 15.

Curtis and sister Torrie are both in excellent form and many squash lovers are wondering if they are the first brother and sister to enter a tournament as top seeds since former world champions Rodney and Michelle Martin from Australia in the 1980s and 90s.

Curtis, 22, won a PSA Challenger event at The Grange Club in Edinburgh 10 days ago. All four semi-finalists were from Sussex, including younger brother Perry, who beat top seed Sam Todd from Yorkshire in the quarter-finals.

In the semis, Perry lost to Chichester-born Miles Jenkins, while Curtis overcame Tom Walsh, from Hove. Curtis fought back from two games down to beat Jenkins 8-11, 3-11, 11-2, 14-12, 11-8, saving five match balls in a gruelling final lasting 72 minutes.

Curtis and Perry remained in Scotland to compete at the $6k Lockerbie Challenge, with Curtis finishing runner-up to Yorkshire’s top seed Nick Wall. Perry was involved in a marathon match against Owain Taylor in the second round. The Welshman triumphed 18-16 in the fifth game after 96 minutes on court.

Curtis, 22, also won the recent Prestbury Open in Macclesfield and was a semi-finalist in the Scottish Open. He is now at 108 in the PSA World Tour rankings.

Torrie, 17, is a recent winner of the England Under-19 Championship held in Nottingham. She also reached the semi-finals of the Scottish Open, beating the No.2 seed Rachael Chadwick and No.7 seed Alicia Mead along the way.

She is currently ranked 99 in the world, having broken into the top 100 in the latest PSA rankings for December.

Curtis and Torrie are part of a large squash-loving family from Warninglid, near Haywards Heath. Brother Perry, aged 20, is ranked 186 in the world and is also competing in the Kent Open. He is seeded to meet Curtis in the semi-finals.

Younger brothers Bailey and Heston will be 16 in January and both are climbing the England junior rankings.

The squash world united to help the family when Bailey and Heston’s triplet brother Sumner was diagnosed with an inoperable brain tumour known as DIPG. Large sums of money were raised to provide desperately needed treatment and Sumner bravely fought the illness for as long as possible before passing away in August 2018.

Since then, the family have organised several charity events to raise money to further research into the cause and treatment of DIPG.

Former Tunbridge Wells number one Colin Payne was a professional player who reached the world top 50 and appeared for Kent on more than 100 occasions. He died in tragic circumstances following a domestic incident in Dartford in 2016.

He was county champion five times, won the Kent over-35 title on ten occasions and, during the year of his death, he won the British Over-50s Championship.

TOURNAMENT INFORMATION
Title: The Colin Payne Kent Open sponsored by 501 Entertainment
Dates: December 15-18th, 2021.
Venue: Tunbridge Wells Squash Club, London Road, 39A Tunbridge Wells, TN1 1DL.
Format: PSA World Tour event featuring men’s and women’s competitions with $3,000 prize money in prize money in each. We are delighted to have the Kent Open back on the calendar after being forced to postpone last year’s event because of lockdown.