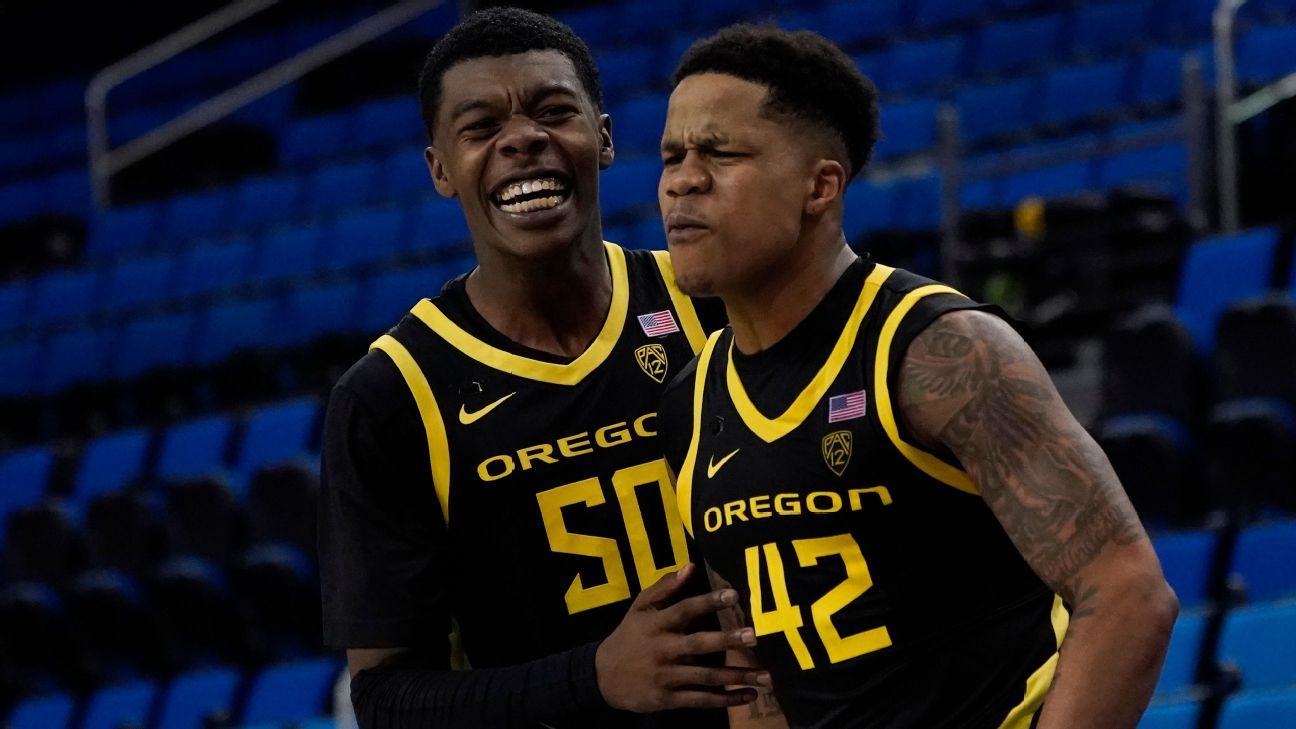 Will Richardson added 12 points as one of three Ducks in foul trouble. Oregon (10-6, 3-2 Pac-12) won its fourth in a row. The Ducks swarmed the court and their loud celebration in the locker room echoed throughout a mostly empty Pauley Pavilion.

Johnny Juzang scored 23 points for the Bruins (10-2, 2-1). Their second loss of the season ended a five-game winning streak.

The teams traded baskets early in overtime. Young scored to put Oregon ahead by two. Jaime Jaquez Jr. missed a pair of free throws that would have tied it. Young scored again to give the Ducks an 83-79 lead.

Myles Johnson scored for UCLA before Richardson made one of two free throws for an 84-81 lead. Juzang's potential tying 3-pointer missed. Jules Bernard got the rebound and put up a jumper that Da'Vion Harmon got his hand on as time expired.

The Bruins forced overtime on Jaylen Clark's steal and baseline layup that tied it 73-all with 16 seconds left. Richardson missed a 3-pointer for the Ducks and Bernard missed a 3 for the Bruins in the closing seconds.

Both teams had a player foul out in the five-minute extra session. The Ducks lost Eric Williams Jr., who had 10 points and eight rebounds. The Bruins lost Cody Riley, who had 11 points after picking up his first two fouls in the game's first 30 seconds.

The Ducks made just one 3-pointer in the first half, then came out and hit four to start the second half. It was part of a 16-2 run that gave them a 46-37 lead.

Peyton Watson and Tyger Campbell bookended a 14-4 spurt with 3-pointers that gave the Bruins a 51-50 lead.

After blowing a nine-point lead early in the half, the Ducks maintained a six-point cushion most of the way until the Bruins hit four straight free throws and Clark scored to force overtime.

UCLA again pumped in fake crowd noise with only families of coaches and players allowed because of surging COVID-19 cases.

More in this category: « Ngannou: Won't fight in UFC under current deal Gonzaga back at No. 1 spot after week of upsets »
back to top