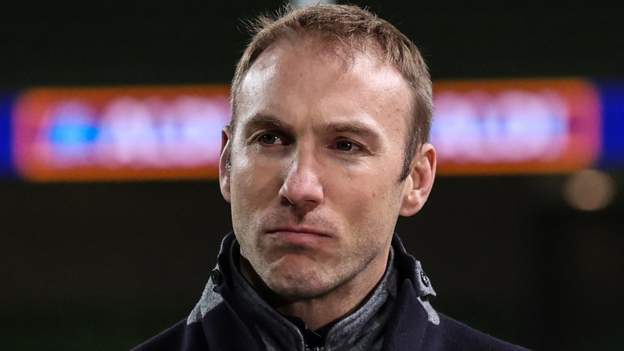 Stephen Ferris believes Ulster can dethrone holders Toulouse in the Champions Cup last-16 tie and indeed go on to win the entire competition.

Ex-Ulster, Ireland and British and Irish Lions star Ferris says the Irish province are "playing with no fear".

Ulster completed their pool campaign with a fourth straight win as they beat Clermont Auvergne 34-31 on Saturday.

"'Why not?' would be the question I would ask," said Ferris when asked whether Ulster can win the trophy.

"What a signing Duane Vermeulen has been. He's going about his work. Not making any mistakes and just leading by example.

"I feel really positive. If it had have been Leinster or Harlequins, the Premiership champions, my thoughts would be the same that we can go and get the victory [in the last 16]."

Ulster's impressive performances this season included last month's away European win in France over Clermont and victory in Dublin over Leinster.

And while Leinster were missing the majority of their frontline Ireland internationals for that game, Ferris still insists it still represented an important psychological victory for the northern province.

"We went away to the RDS and beat Leinster in their own backyard. They had a few quality players playing that day.

"The huge positive that is coming out of Ulster Rugby at the minute is all the young guys that are coming in and playing so, so well and learning so much on the go. Why can't they win?

"[Outwardly] It's the old cliché, game by game, not looking too far ahead but if I was part of that team there would be conversations being had saying 'look lads we've got great opportunities both in the URC and the Heineken Champions to try and get some silverware this year'.

"It's about time Ulster won some silverware and this season is a great opportunity to do so."

'It's been a brilliant campaign'

After appearing in total control against Clermont on Saturday, Ulster were left hanging on to a three-point lead at the finish as the French side scored three late tries, but Ferris was not unduly concerned by the conclusion to the game.

"It's been a brilliant campaign. Four games. Four wins….an away victory in Clermont….and not too many teams go to the the Stade Marcel-Michelin and get a victory.

"So there are lots of positives for Dan McFarland to take and you can touch on the raft of [injured] players that have to come back into this team."

Ulster will travel to Toulouse for the first leg of their last-16 tie on the weekend of 8-10 April and Ferris believes having home advantage for the decisive second leg a week later will benefit the Irish province.

"That's a good thing because you know what you have to do in the second leg. With them finishing in the top two in Pool A it also means they get a home quarter-final [if they get there] which is very, very important."

Victory in the last-16 could ensure an all-Irish quarter-final against Munster, if Johann van Graan's side account for Exeter.

Sunday's draw also creates a possible path towards a semi-final contest between Ulster and Leinster, with Leo Cullen's side meeting Connacht in the 16 with the winners of that tie going on to face either Leicester or Clermont.