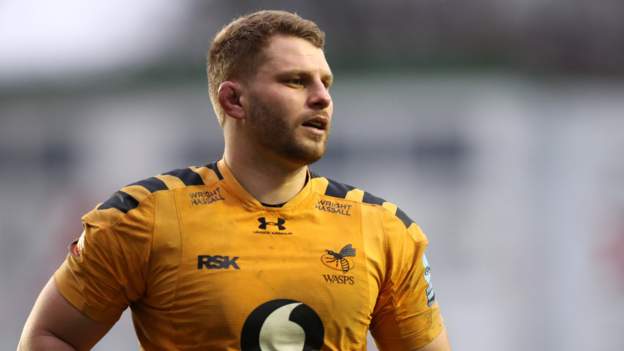 Wasps and Wales flanker Thomas Young has been discharged from hospital following a head injury sustained against Munster on Sunday.

The 29-year-old took a blow to the back of the head shortly before half-time and was taken straight to University Hospital Limerick.

"After a series of scans last night and this morning he has now been discharged," said a Wasps statement.

"We would like to thank all at Munster Rugby and University Hospital Limerick for their care and support."

Wasps' 45-7 defeat against Munster saw them miss out on a place in the Champions Cup knockout stage.

Young will leave the Premiership club at the end of the season to join Cardiff Rugby and become available for Wales selection.

He was given special dispensation to feature in Wales' 2021 autumn series but has not been included in the squad for this year's Six Nations.