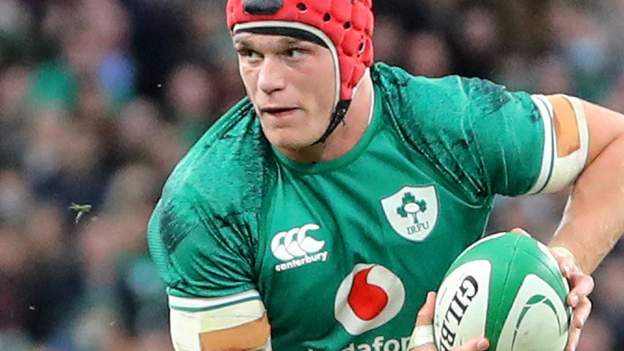 Ireland flanker Josh van der Flier could miss the Six Nations game against Wales next month after sustaining a groin injury at the weekend.

Van der Flier will now be assessed by the Irish Rugby medical team.

Irish back Jordan Lamour suffered a facial injury at the Rec but is expected to be available for the Wales opener in Dublin on 5 February.

Leinster added that Tadhg Furlong (calf) and James Ryan (hamstring) are "making good progress and will continue their rehabilitation with the Irish Rugby medical team".

Second-row forward Ryan was withdrawn before the the Champions Cup win over Montpellier early this month while prop Furlong was forced off during the game.

Ireland go into the Aviva Stadium encounter with the defending champions in good form after winning their last eight matches.