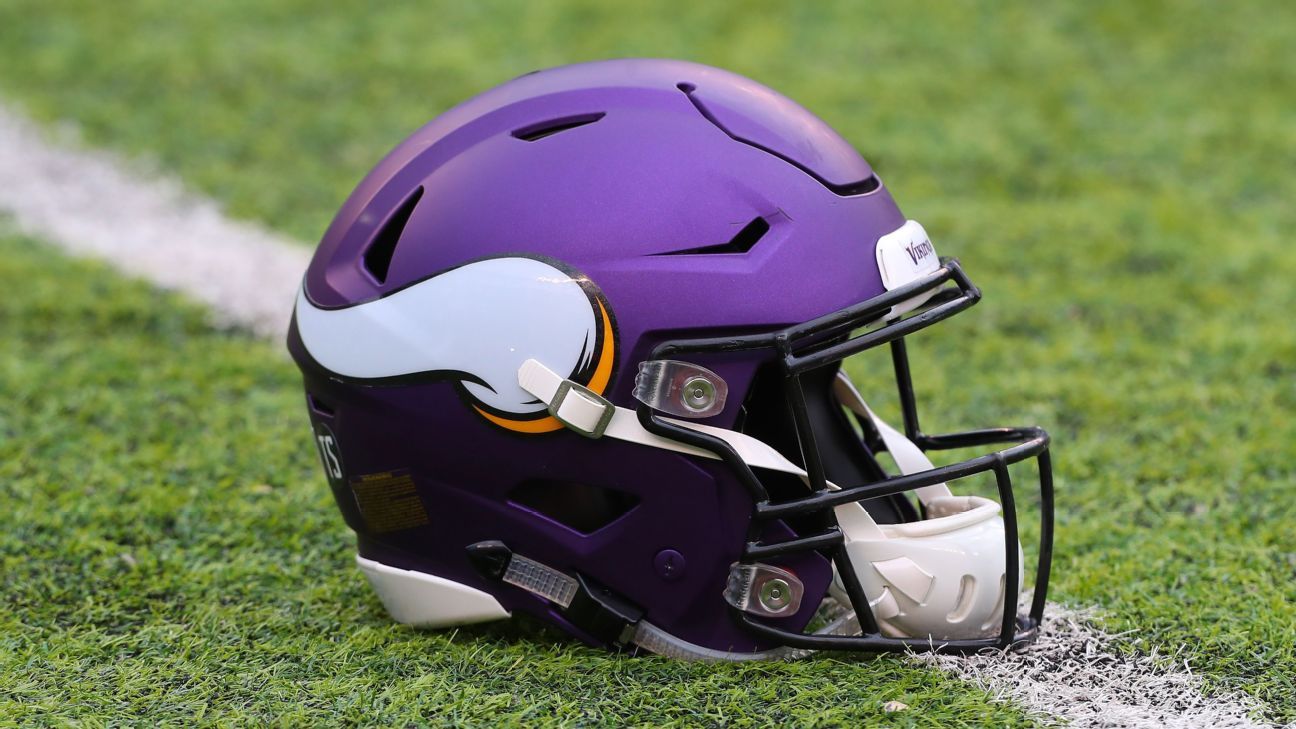 Schefter reports that Adofo-Mensah is getting a four-year deal to replace Rick Spielman, who was fired at the conclusion of the 2021 season after a 16-year stint as the Vikings' general manager that produced a 132-123-2 record.

Adofo-Mensah is the 10th person in franchise history to hold a general manager title and/or carry out the duties of the team's GM (current executive vice president of football operations Rob Brzezinski was the top football executive from 2002 to 2005 without an official GM title). He comes to Minnesota after spending the 2020-21 seasons in Cleveland working under general manager Andrew Berry.

Berry hired Adofo-Mensah from San Francisco in 2020 after he spent seven seasons as the 49ers' manager -- then director -- of football research and development. The 40-year-old holds undergraduate and master's degrees in economics from Princeton and Stanford, respectively, and had several Wall Street ventures as a portfolio manager and commodities trader before he entered the NFL.

Adofo-Mensah's first order of business will be to drive the Vikings' search for a new head coach after Minnesota fired Mike Zimmer after eight seasons. At the same time the Vikings conducted interviews for their next general manager, starting with eight candidates before narrowing down their search to two finalists -- Adofo-Mensah and Chiefs executive director of player personnel Ryan Poles -- the team also spoke with eight candidates for its opening at head coach, a candidate pool that contains five defensive coordinators and three offensive coordinators.

49ers defensive coordinator DeMeco Ryans, who was a quality control and inside linebackers coach for the 49ers during the final three seasons that Adofo-Mensah spent with the franchise from 2017 to 2019, was Minnesota's last head coach interview from the initial round on Sunday.

Adofo-Mensah's second interview took place in Minnesota on Tuesday, the same day that the Chicago Bears finalized a deal to hire Poles as their next general manager, sources told ESPN's Adam Schefter. As the other finalist for the Vikings' general manager opening, Poles was scheduled for an in-person interview at TCO Performance Center on Wednesday.

In Cleveland, Adofo-Mensah assisted Berry with the day-to-day operations of the front office while overseeing talent evaluators and the analytics team. He inherits a structure in Minnesota that is currently without an assistant general manager but does have high-ranking personnel executives, including Brzezinski, who manages the team's salary cap, and co-directors of player personnel Ryan Monnens and Jamaal Stephenson. All three were a part of the committee that interviewed the team's general manager candidates.

Adofo-Mensah interviewed for Carolina's general manager opening in 2021. In addition to Minnesota, he also interviewed with the Bears for their GM vacancy.

A resolution approved by NFL owners in 2020 states that a team that loses a minority executive or coach to a general manager or head coach position with another NFL franchise will receive a third-round compensatory pick for two consecutive years.

The rule requires the minority GM or head coach candidates to have been with their respective club for a minimum of two full seasons. Adofo-Mensah's two-year 2020-21 stint with Cleveland fulfills that requirement.

More in this category: « Gronk says he'd retire if forced to decide now 49ers: Lance will start at QB 'sooner than later' »
back to top