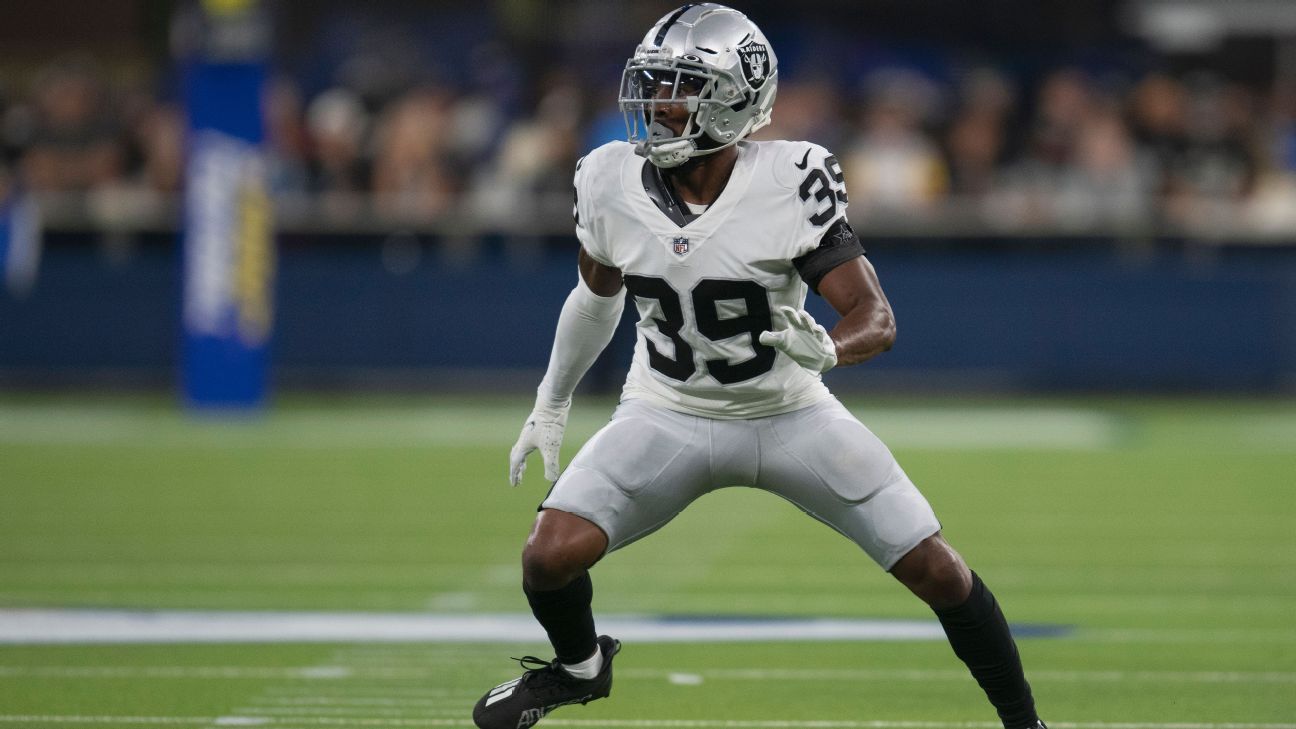 HENDERSON, Nev. -- Las Vegas Raiders rookie cornerback Nate Hobbs pleaded guilty to a careless driving charge Wednesday after a DUI charge was dropped when it was determined he was under the legal limit, the Clark County (Nevada) District Attorney's office announced.

Hobbs, 22, was arrested after 4 a.m. on Jan. 3, the morning after the Raiders' Week 17 win at the Indianapolis Colts, when he was found asleep at the wheel of his car in the exit lane of a parking garage for The Cromwell hotel near the Las Vegas Strip.

"In the days following his arrest, a toxicological analysis of his blood revealed that Mr. Hobbs was under the legal limit for a DUI charge," the release read.

Hobbs, through attorney Richard Schonfeld, submitted a written guilty plea to a misdemeanor of one count of Unlawful Manner of Driving -- Careless Driving and will pay a $685 fine, complete with a victim impact panel and 20 hours of community service as part of his agreement with the DA's office. Should he fail to comply, he faces a 30-day jail sentence.

Also, Hobbs will be submitting to an alcohol treatment program provided by the NFL and the players' association. His next scheduled court date is March 23.

"Mr. Hobbs' case will progress through the normal channels of the justice system, as would any other case with similar circumstances," Clark County D.A. Steve Wolfson said in the release.

Hobbs, meanwhile, is also facing a separate reckless driving charge after being ticketed by the Nevada Highway Patrol for going 110 mph in a 65 mph zone on a Las Vegas-area freeway on Jan. 16, the day after the Raiders lost a wild-card round playoff game at the Cincinnati Bengals. Hobbs is due to face a judge on that charge on April 16.

His arrest on Jan. 3 came two months and one day after receiver Henry Ruggs III was involved in a fiery car crash that claimed the life of 23-year-old Tina Tintor and her dog and that has Ruggs facing up to 50 years in prison on felony DUI and reckless driving charges. Ruggs -- who is accused of driving his Corvette 156 mph in a residential neighborhood with a BAC of 0.16% when he rammed into the back of Tintor's RAV4 -- was released by the Raiders hours after the crash.

Hobbs' arrest also came one day shy of a year after when running back Josh Jacobs was arrested on suspicion of DUI after a single-vehicle collision near the airport. DUI charges never came for Jacobs, though, after his BAC was found to be below the legal limit. He received several stitches to the forehead and paid a $500 fine on a traffic violation of failure to exercise due care.

Drafted in the fifth round out of Illinois, Hobbs had an interception, two passes defended, a forced fumble and a sack among his 74 tackles, which ranked fourth on the team, in 16 games, playing primarily in the slot.

More in this category: « Chiefs fans, in nod to Bills Mafia, give to hospital 49ers: Lance will start at QB 'sooner than later' »
back to top