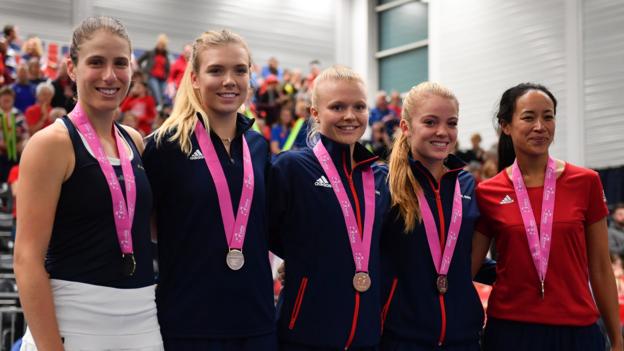 Great Britain have named an unchanged team for their Fed Cup World Group II play-off against Kazakhstan, which begins on 20 April.

The British team won all 10 of their rubbers in February's group stages to reach the play-offs.

If they beat Kazakhstan in London, they will return to World Group II for the first time since 1993.

The tie will take place from 20-21 April at the Copper Box Arena.

"There is little to separate the two teams in terms of rankings, but I'm confident the home fans will give all our players an inspirational lift," GB captain Anne Keothavong said.

"It's important to our team to open up our sport to new fans and increase awareness of tennis at different times of the year."