Dan Leavy: Ireland & Leinster flanker retires at 27 because of injury 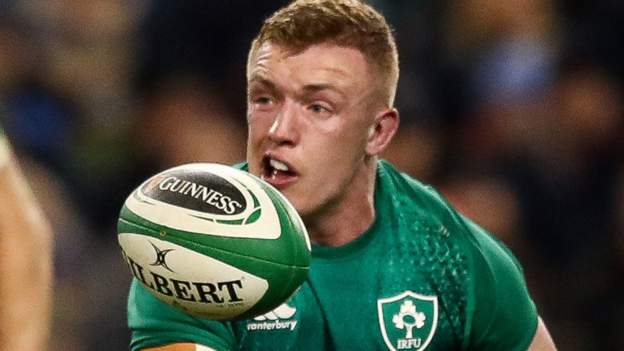 Ireland and Leinster flanker Dan Leavy has been forced to retire because of a long-standing knee problem.

The 27-year-old has been battling with the injury sustained against Ulster two years ago and has now been advised by specialists to hang up his boots.

Leavy won 11 caps for Ireland and made 79 appearances for Leinster.

"I have done everything I can to come back from the knee injury but unfortunately I can't do any more or ask any more of my body," he said.

Leavy was a part of Ireland's Grand Slam-winning side of 2018 and never lost a game for his country.

He was a destructive force for province and country and forged a reputation as a powerful presence on both sides of the ball.

This season he has played seven times for Leinster, whom he helped win the Heineken Champions Cup in 2018, with his appearance against Ulster last month the final outing of a professional career that started eight years ago.

"I've had some amazing highs with my brothers in blue and in green and I'm beyond grateful for those days and those moments, especially the highs of 2018 in Bilbao, the Aviva Stadium and Twickenham," added Leavy.

"More than that, I'm proud of how I carried myself, in particular over the last few years.

"This is not the end I'd hoped for, but as I look back at the highs and the lows, they have all been shared with the best team-mates, family and friends around me. What more could I ask for?"