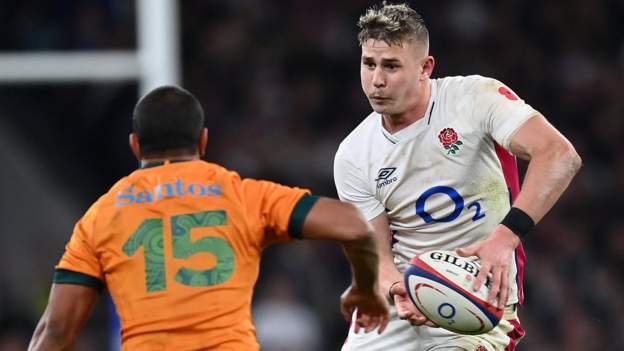 The Sydney Cricket Ground will host a rugby union international for the first time since 1986 when England tour Australia this summer.

The SCG will stage the final Test on Saturday 16 July after games in Perth and Brisbane on the two previous weeks.

In 2021, the ground was set to host a Test against France, but a lockdown meant the match shifting to Brisbane.

"The Australia tour is a great opportunity for growth for this team," said England coach Eddie Jones.

England completed a 3-0 whitewash over Australia in 2016, their first series win Down Under.

The SCG hosted Australia's first rugby union international - a 13-3 win over Great Britain in 1899 - and the 48,000-capacity venue continued to be the Wallabies' Sydney home until 1986 when they moved into the then-new Sydney Football Stadium.

The temporary switch back will be occurring while the Sydney Football Stadium is being rebuilt.

"Australia will be a good challenge for this team. They have rebuilt strongly and they are well-coached by Dave Rennie," added Jones.