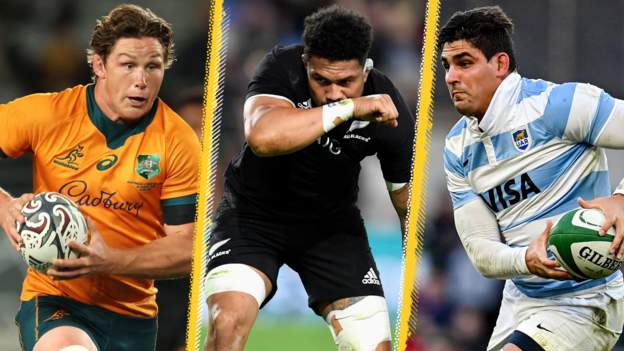 Wales have confirmed they will host New Zealand, Australia, Argentina and Georgia in the 2022 Autumn Nations series.

The All Blacks will be the first visitors on 5 November with Argentina arriving in Cardiff seven days later.

Wales' 2023 World Cup rivals Georgia will be the opponents on 19 November.

Australia will be the team Wales face outside World Rugby's international window on 26 November as the final match in the series.

This means Wales' England-based players are unavailable to face the Wallabies because they will be retained by their clubs.

Wales defeated Australia and Fiji in the 2021 autumn programme and lost to New Zealand and world champions South Africa.

Wayne Pivac's side, who finished fifth in the 2022 Six Nations with only one win, travel to face the Springboks in a three-Test tour in July.

"Wayne and his Wales squad will relish the opportunity to get back out on the pitch after a tough Six Nations tournament," said WRU chief executive Steve Phillips.

"In international rugby you always want to test yourselves against the best teams and we will be facing each of the very best sides in the world in the year ahead.

"With a three-Test tour of South Africa preceding the 2022 Autumn Nations Series, we will be taking on the full set of Rugby Championship opposition.

"These matches, together with the 2023 Six Nations Championship, will form a vital part of Rugby World Cup preparation."

The four matches will be held on successive Saturdays with tickets available later in June.

Most tickets for the New Zealand match have risen by £10 with the top price now standing at £105.

The WRU says general prices for Autumn Nations Series tickets have not risen since 2018 and remain frozen in all categories for the Georgia, Argentina and Australia matches.

The alcohol-free zone, which was introduced for the 2022 Six Nations, will continue in the Autumn Nations Series.

"All proceeds from Welsh international tickets are fed directly back into the game in Wales," added Phillips.

"While a price increase has been necessary for of our highest-demand fixture, we have also taken care to ensure Wales matches generally are as accessible as ever, with a price point and customer offering to cater for as wide an audience as possible."