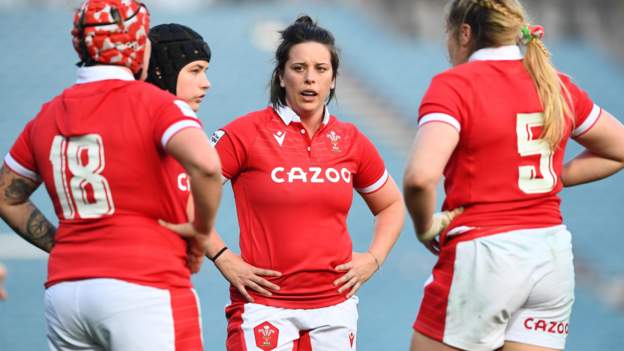 England have named their strongest XV of the tournament so far, as they target a fourth successive title.

Head coach Simon Middleton has made eight changes to the side that beat Italy 74-0, including a return to the wing for Jess Breach.

England, Wales and France are unbeaten in this year's Six Nations with two bonus-point wins from two games.

Wales have only tasted victory over England twice in their history, the last coming in 2015 at St Helen's in Swansea.

But Ioan Cunningham's side travel to Kingsholm as a newly professional outfit, with contracts in place at the start of this year.

England in contrast have been fully professional since 2019, and are currently number one in the World Rugby rankings having been on a 20-Test winning streak.

Harries, who gave a player of the match performance from the bench against Scotland, makes her first start for Wales since 2019.

Lillicrap's positional switch means Alex Callender drops to the bench, as does Natalia John to make way for Tuipulotu.

Wales head coach Cunningham said: "These players are all deserving of their places, whether they are starting or on the bench. Every player has a key role to play, as we saw against Ireland and Scotland.

"We are excited by this big challenge against the number one team in the world.

"On average, they are scoring about eight tries a match so we are in no doubt about the extent of the task. However, we want to compete with the best teams in the world so this is a great opportunity for us to test ourselves and progress."

Cunningham admits Wales need to start better having come from behind against Ireland and Scotland, while they also need to bring their penalty count down after conceding 13 last weekend.

"They are two of our work-ons, plus we need to convert any scoring opportunities," Cunningham said.

"The players train and play with and against the England players week in, week out, so while we respect the side there is familiarity, not fear.

"We are looking forward to playing at Gloucester. Ten of our matchday squad are Gloucester-Hartpury players and it will be fantastic to play in front of a huge crowd there which will hopefully include some Welsh voices too."

More than 12,000 tickets have so far been sold for the fixture.