Dylan Frittelli hits ball hanging in moss, then gets penalized 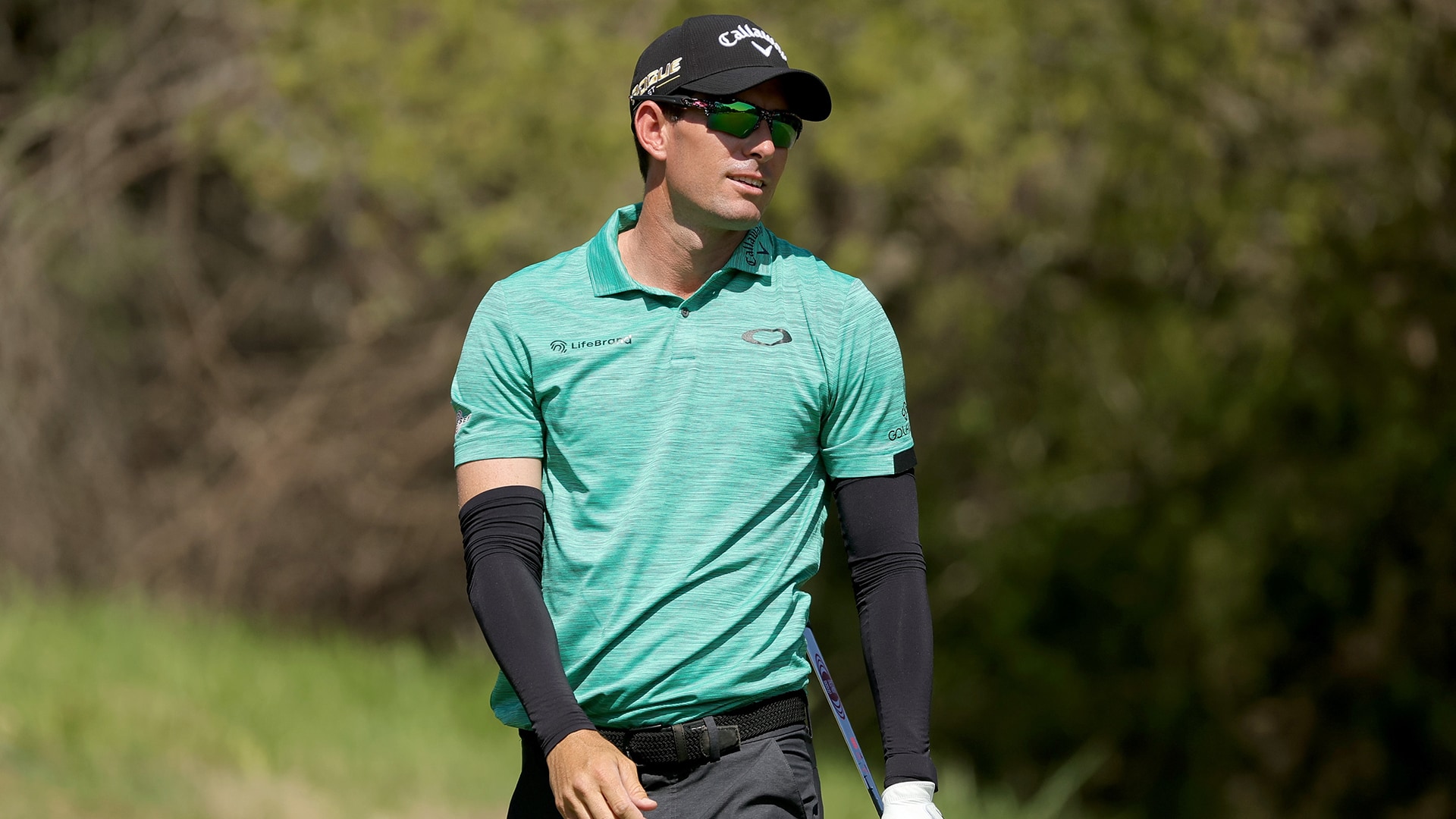 Dylan Frittelli thought he had made the par of his life. As it turns out, it ended up being the double bogey of his life.

Frittelli found himself in a spot of bother after yanking his tee shot left on the par-4 sixth hole Sunday at the RBC Heritage. Shockingly, his tee ball came to "rest" in some hanging moss, about 6 feet above the ground.

Instead of taking an unplayable, however, Frittelli opted to play the ball as it lies – or sways? He grabbed his driver, choked way up on it and with his eyes right behind the clubhead, he advanced the ball about 30 feet into the fairway.

Frittelli then knocked his third shot to 10 feet and sank the putt to save par. Or so he thought.

After his round, Frittelli revealed on Twitter that he was penalized two shots.

"I thought this would be the greatest par of my life," he said. "I was assessed a two-stroke penalty for 'standing astride' my intended line of play during this shot. The rules of golf remain undefeated."

Frittelli was likely penalized according to Rule 10.1c: Making Stroke While Standing Across or on Line of Play, which states:

With his par now a double bogey, Frittelli shot 5-over 76 and finished his week at Harbour Town at 1 over, good for a share of 66th place.