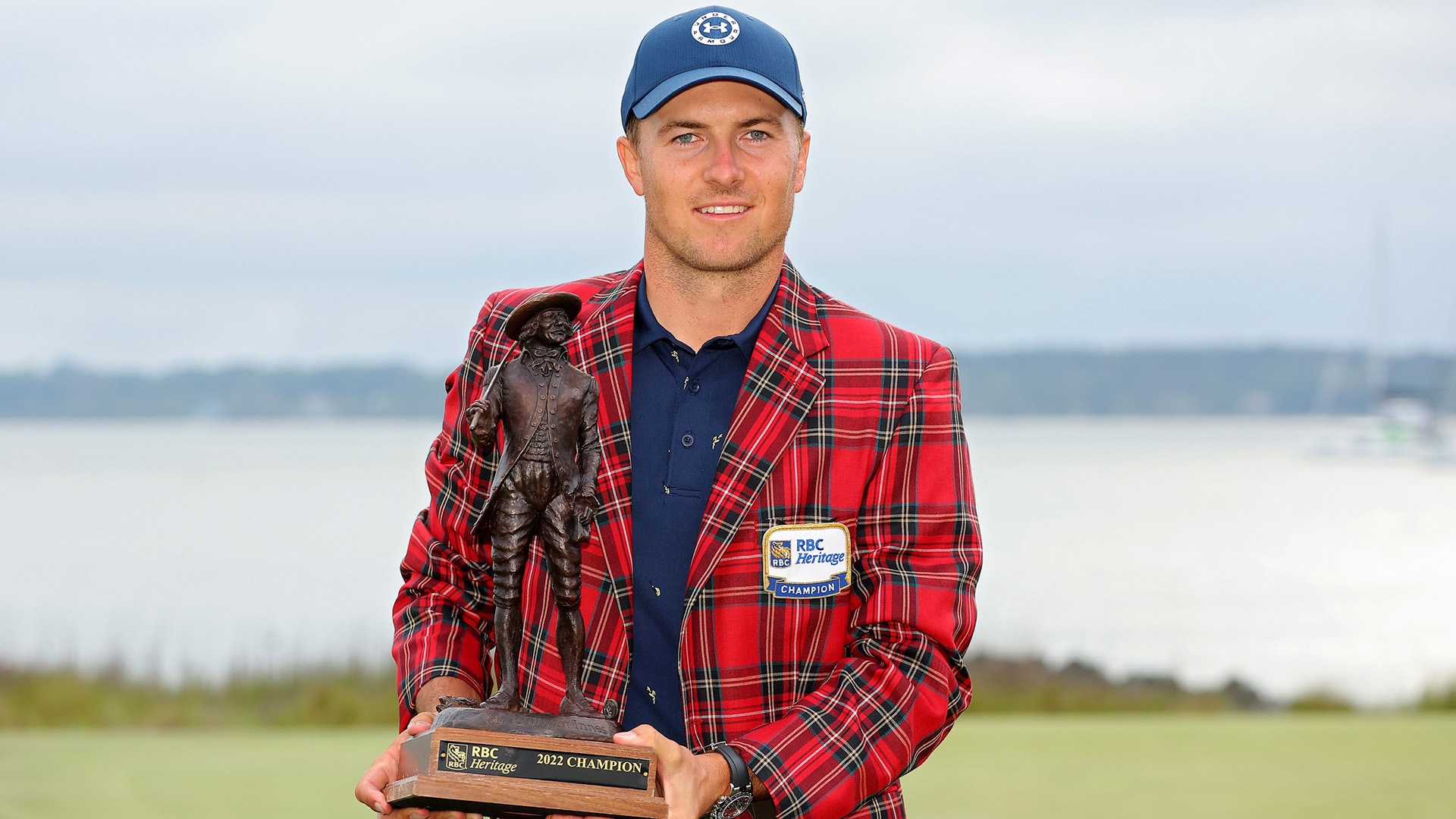 Jordan Spieth carded two eagles and then pulled off a spectacular up-and-down from the bunker in a playoff to beat Patrick Cantlay and win the RBC Heritage on Sunday at Harbour Town. Here's everything you need to know from Hilton Head Island, South Carolina:

How it happened: After a short miss to end Saturday's round, Spieth stormed out of the gates in his final round with two eagles in his first five holes, including a hole-out from the bunker at the par-5 second. By the time Spieth birdied the finishing hole to card 5-under 66 and get into the clubhouse at 13 under, it looked as if Spieth would fall just short; Lowry was at 14 under and coming off a birdie at No. 11 while Erik van Rooyen, despite a bogey at No. 10, was 13 under with plenty of holes to play.

However, much of the lead pack then began to falter. Van Rooyen bogeyed Nos. 13, 15 and 16 to slip to T-10. Lowry double-bogeyed the par-3 14th hole after flying the green and rinsing his greenside bunker shot and made four straight pars to finish, including one after an 8-foot birdie miss at the par-3 17th. Varner, the third-round leader who had an unfortunate ruling on Friday, didn't birdie a single hole on the back nine, carding nine pars and barely missing a lengthy birdie roll at the last. Straka went bogey-birdie to close and ended up among the seven players a shot shy.

Only Cantlay had what it took down the stretch to match Spieth. His 9-foot birdie make at No. 17 tied him with Spieth and eventually forced a playoff after Cantlay missed a putt from 13 feet that would've earned him the win outright.

But in extra holes, Spieth showed off his superior scrambling ability. Fittingly, after struggling with the putter yet again this week, Spieth hit a spectacular shot from up against the front greenside bunker lip at No. 18, his ball ending up just inches from the hole. Cantlay was also in the bunker, though he blasted out some 40 feet past and failed to make the comebacker for par.

What it means: Spieth began the week an uncharacteristic 180th on Tour in strokes gained: putting for the season. He was also coming off a shocking missed cut at the Masters. While Spieth didn't roll it much better at Harbour Town, ranking 60th among the players who played four rounds (-2.545), he still found a way to win (he had two bunker hole-outs on the week). It was his first victory since he won the Valero Texas Open last Easter Sunday. What tournament wraps up next Easter? The 2023 Masters. "That's good vibes," Spieth said.

Round of the day: Fresh off his first Masters appearance, Davis fired an 8-under 63 to cap his week in Hilton Head. The Aussie said Harbour Town reminds him of Sahalee Country Club, where he plays in the Seattle area, and he shaped some great shots around tight tree corridors Sunday to allow himself to card eight birdies and no bogeys.

Shot of the day: Spieth's hole-out bunker shot at No. 2 in regulation found the cup for eagle, but his sand save in the playoff was arguably more clutch.

Biggest disappointment: Varner. While Lowry and van Rooyen both coughed up late leads, Varner had the advantage to start the day, but he could only notch two birdies and his chase for that elusive Tour win continues.

Winning quote: "I won this golf tournament without a putter. This is one of the worst tournaments I've ever putted that I've been in contention in, and I just tried to stay gritty with it, be really positive on the back nine today. After a couple missed kind-of-shortish putts, I made one on 13 and that really settled me back down, and then just needed a chance on 18. I think I'm most proud of the way I could've gone pretty negative after missing kind of a tap-in, getting lazy yesterday. I'm glad it didn't affect it." – Spieth