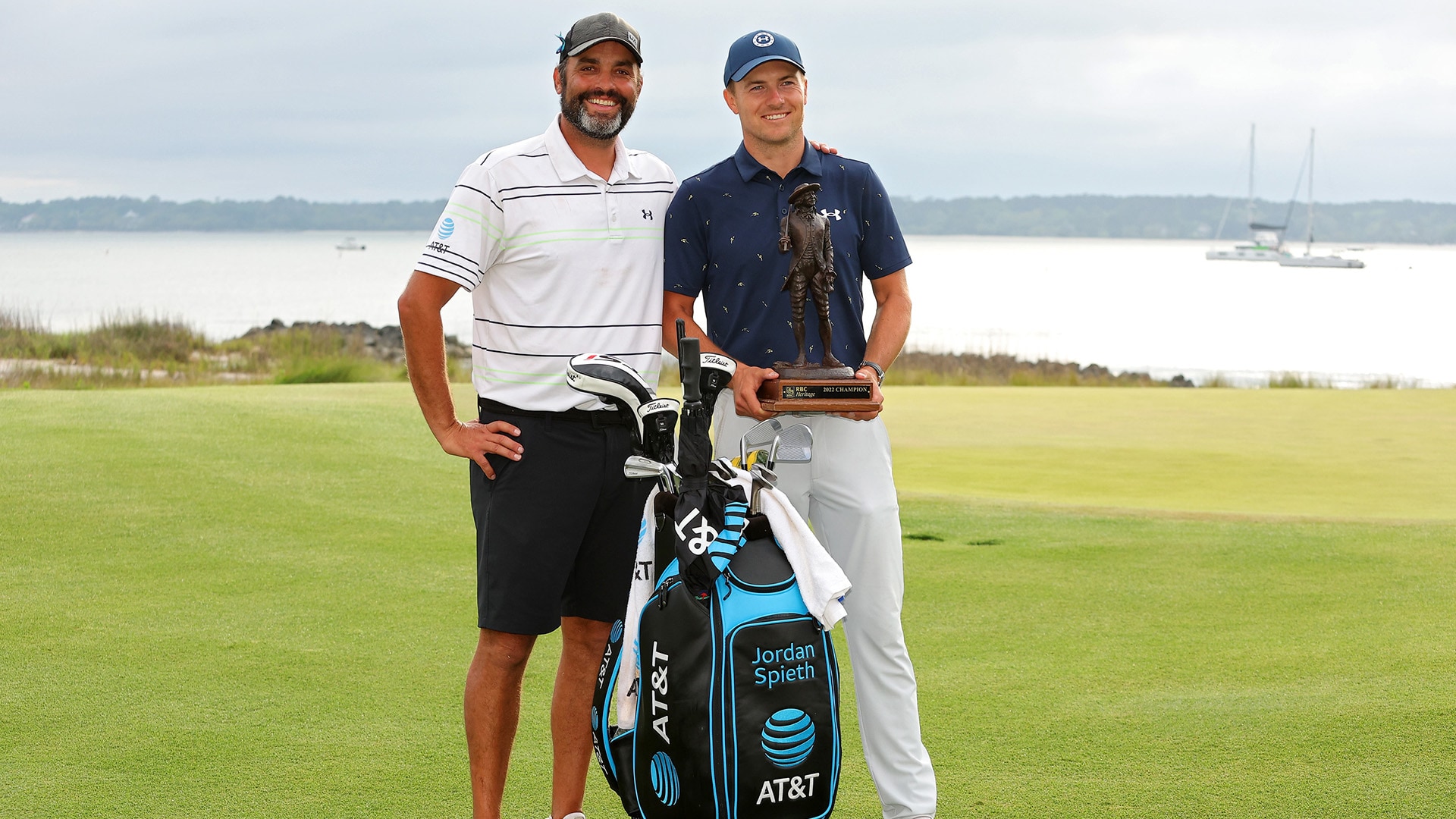 Jordan Spieth has returned to the top 10 of the Official World Golf Ranking after his win Sunday at Harbour Town.

The 13-time PGA Tour winner, who has spent 26 weeks at No. 1 in his career, was last inside the top 10 in the world rankings for one week last October. Before that, he hadn't been ranked in the top 10 since after the 2018 BMW Championship.

Spieth’s win at the RBC Heritage jumped him ahead of players such as Sam Burns, Xander Schauffele and Hideki Matsuyama.

A week after Scottie Scheffler credited his wife for helping him win the Masters, Jordan Spieth’s wife, Annie, played a role in her husband’s win.

Patrick Cantlay, who had recently fallen outside the top 5, jumped back up to No. 4 in the world after finishing runner-up to Spieth in the Harbour Town playoff. His rise bumped Viktor Hovland down to No. 5 and Cameron Smith, who had just reached the top 5 for the first time in his career after the Masters, back down to No. 6.

The top three in the world ranking were unchanged, with Scottie Scheffler remaining ahead of former No. 1s Collin Morikawa and Jon Rahm.

Bryson DeChambeau, who underwent wrist surgery last week, has fallen to No. 20, his lowest ranking since the 2018 PGA Championship.

However, being out with injury doesn’t necessarily mean you’ll fall in the world ranking. Harris English, who has been out for months with a hip injury, jumped from No. 25 to No. 22 after last week’s RBC Heritage.