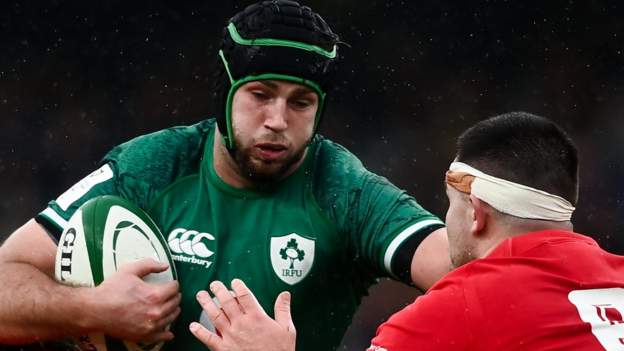 Wales will play Ireland in Cardiff in the first match of the 2023 Six Nations, with England travelling to Dublin in the tournament's last game.

Ireland, who finished second in this year's table, entertain champions France in the second round of matches.

Italy, who won their first match in the tournament since 2015 by beating Wales in Cardiff last month, play Wayne Pivac's men at home on 11 March.

There is no repeat of the Friday night fixture that returned in 2022.

Wales played France at the Principality Stadium on Friday 11 March in front of a crowd of about 63,000, some 11,000 short of capacity.

The tournament runs from 4 February to 18 March.

"There are so many storylines that will play out across the five rounds of fixtures," said Six Nations chief executive Ben Morel.

"This is a huge part of what makes the Championship so unique, and what continues to captivate the imagination of audiences and fans around the world."