Sio Tomkinson: Dragons sign New Zealander back for next season 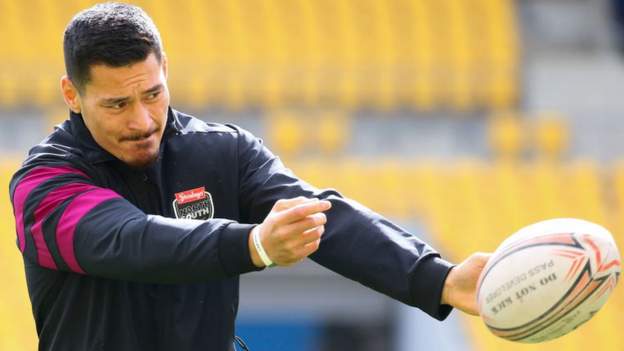 Dragons have signed versatile New Zealander back Sio Tomkinson for the 2022-23 season.

The 25-year-old can play centre or wing and will arrive at Rodney Parade after playing spells with Highlanders in Super Rugby and Otago.

He represented the All Blacks at under-20 level, including at the 2016 Junior World Championship in England.

"I am looking forward to heading over to Wales later in the year to join up with the Dragons," said Tomkinson.

"Since leaving school, I have been fortunate to be involved in professional rugby and played for two New Zealand teams.

"I have made some great friends and both teams mean a lot to me, but it's time for a new chapter and I'm excited about taking this opportunity at the Dragons."

Dragons director of rugby Dean Ryan added: "This is a fantastic opportunity for us to bring over a player with a huge attacking threat and strike power from the southern hemisphere.

"Sio has impressed throughout his time in Super Rugby and he is now excited about a new chapter and making a big impact with us."