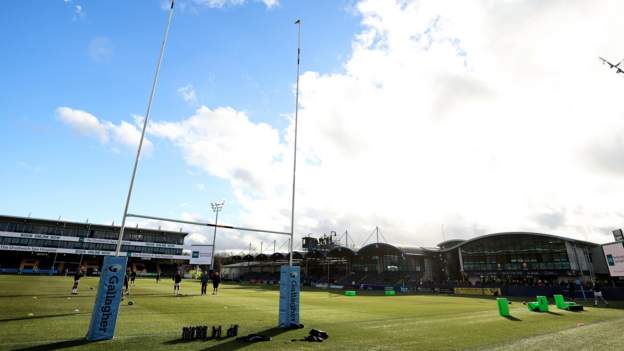 Warriors called the game off because Covid-19 cases, illness and injuries left them unable to field enough front-row players to fulfil the fixture.

Gloucester have now been awarded a 20-0 win and five points, which moves them up to fifth, two points behind fourth-placed Exeter.

Worcester are second from bottom on 30 points, three above Bath.

Warriors' squad issues led them to being without 36 players ahead of the Friday, 25 March match, with only three of the "fully-fit" 18 available being props.

That left them short of the required six front-rowers that have to be named in the matchday squad for a game to go ahead.

Warriors said they had originally offered to replay the game and drafted in four players on loan from Championship club Hartpury for their following match.

Gloucester travel to Bristol on Friday for the West country derby and Worcester, who have signed prop Valeriy Morozov for next season, visit Wasps on Saturday.