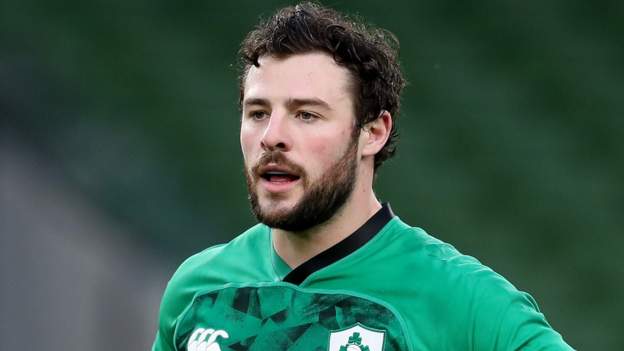 The 28-year-old's deal was set to expire this summer, with the new agreement taking him up to 2025.

Since making his debut in 2013 the Athlone native has been a virtual ever-present for Ireland when fit.

He has won two Six Nations titles along with a European Champions Cup and four Pro14 trophies.

Prior to moving to Leinster, he helped Connacht to a memorable maiden Pro12 triumph in 2016.

In 57 international appearances, Henshaw has established himself among the world's best centres and started all three Tests in the British and Lions' tour of South Africa last summer.

He has featured in two World Cups - in 2015 and 2019 - and was recognised for a sensational 2020-21 campaign by being voted both voted Ireland's Player and Players' Player of the Year.

"In 2021 Robbie showed that he was one of the best players in world rugby with dominant performances for both Ireland and the British & Irish Lions," said IRFU performance director David Nucifora.

"The early part of this season was disrupted with a couple of injuries, but he is a player who contributes massively to both Leinster and Ireland.

"He will play a big role in delivering the ambitions of both squads this season and in the years to come."