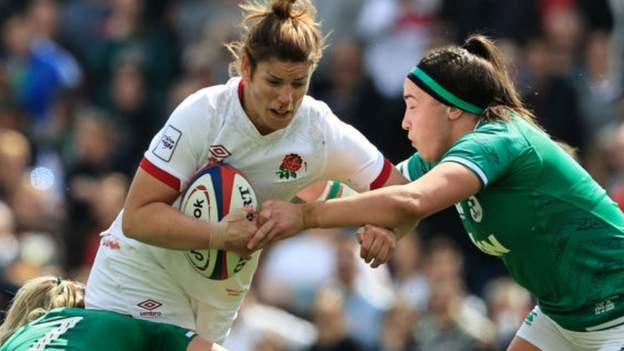 The veteran number eight has been forced to withdraw from the squad after suffering the injury in the 69-0 victory over Ireland.

Hunter, 36, will still travel to France and join the squad to support preparations in an off-field capacity.

Both sides have won their opening four games of the tournament, with the Grand Slam on the line in Bayonne.

Speaking after Sunday's win over Ireland, Hunter said England could not "lose their way" against France.

"We got off to a good start [against Ireland]," Hunter added.

"We just then lost our way a bit. We need to find a way of getting that start and maintaining it.

"Our enforced errors and penalties at the breakdown relieved that pressure then we had to build it again. We can't afford to do that in the game against France."

England may also be without Poppy Cleall after she suffered a soft-tissue injury in the win over Ireland.