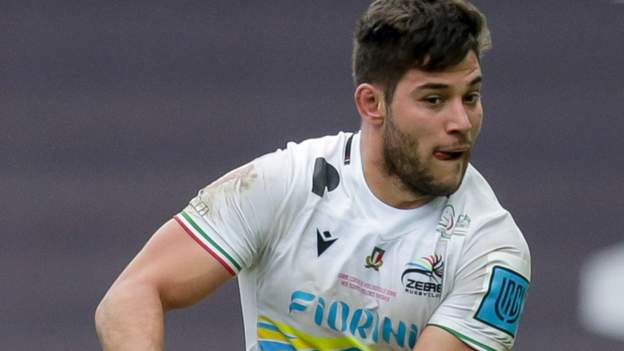 The 27-year-old, who has won five caps since making his international debut in 2017, is the seventh signing for the 2022-23 season - and all of them have so far been forwards.

"His dynamic carrying and confrontational defence will serve us next season."

Giammarioli, who played for Zebre against Warriors in the European Challenge Cup in January, played as a junior for Frascati, then with Calvisano before joining Zebre.

In what will be a new-look engine room at Sixways next season, he follows the signings of Faiva, Curtis Langdon, who signed with flanker Cameron Neild from Diamond's old club Sale, Australian Fergus Lee-Warner, who can play at lock or in the back row, Argentina international Santiago Medrano, and fellow prop Valeriy Morozov