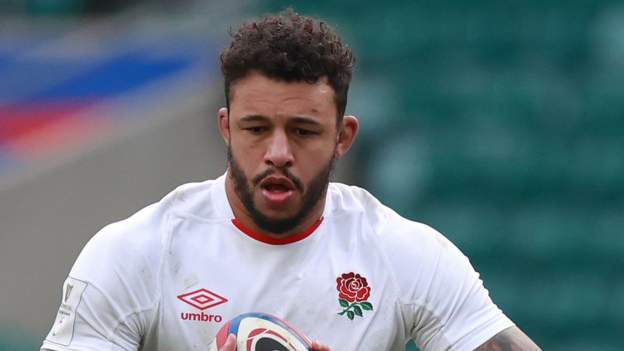 England forward Courtney Lawes may not be out for as long as first thought with the dislocated thumb he suffered playing for Northampton.

However, Saints head coach Phil Dowson has suggested Lawes could play again for the club this season.

"The scan revealed there was nothing broken but obviously it was an open dislocation," said Dowson.

"He's been stitched up with a number of stitches.

"It's pretty early days and there's nothing broken. There's ligament damage, tendon damage, bits and pieces like that ... he looks a bit like Frankenstein's Monster! So a weird injury, but he's not too bad."

Lawes, who was England captain during the Six Nations in Owen Farrell's absence, was hurt in a Challenge Cup defeat by Gloucester.

England's three-Test series against Australia starts on 2 July, while Northampton have three games left in the regular Premiership season and sit fourth in the table.

"It would be a massive lift for us if he's back because he's a very good player and that helps us," Dowson added.

"You know that when Courtney is suited up and ready to play, you've got a world-class six/second row in the squad.

"His leadership style is not subdued, but fairly quiet, but you know that him being there will give confidence to a lot of the people around him."