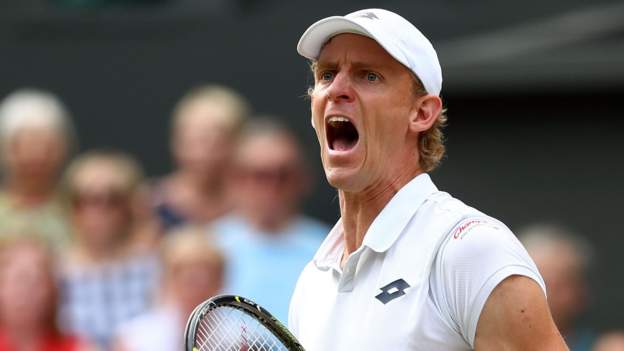 South Africa's former Wimbledon finalist Kevin Anderson has announced his retirement from professional tennis at the age of 35.

Anderson, known for his big serve, is a two-time Grand Slam runner-up having reached the 2017 US Open final and the Wimbledon final in 2018.

He reached a career-high ranking of fifth in the world in 2018.

"I'm so thankful for the wonderful things that have come my way because I was a part of this sport," he tweeted.

"As a kid, my dad used to tell me that success isn't defined by results, but by the effort and sacrifice you make along the way in becoming the best you can be. I gave it my best."

In a 15-year professional career, Anderson won seven ATP Tour tournaments but was twice denied one of the sport's biggest titles by greats of the men's game.

Anderson lost to Spain's Rafael Nadal in the US Open final before going down to Serbia's Novak Djokovic at the All England Club.

The South African reached the Wimbledon final by winning the second-longest match in SW19 history, outlasting American John Isner to win their semi-final after six hours and 36 minutes.

Those Grand Slam final appearances came after Anderson battled back from a catalogue of injury problems during 2016 and dropped towards the foot of the world's top 100 as a result.

More injuries plagued him in 2019 but he returned to win his final tour title in Newport last year.

"I've experienced so many different challenges and emotions; this sport can be exhilarating and at the same time lonely," he said.

"I've had ups and downs, but I wouldn't change it for anything. My journey helped me become the man who I am today."