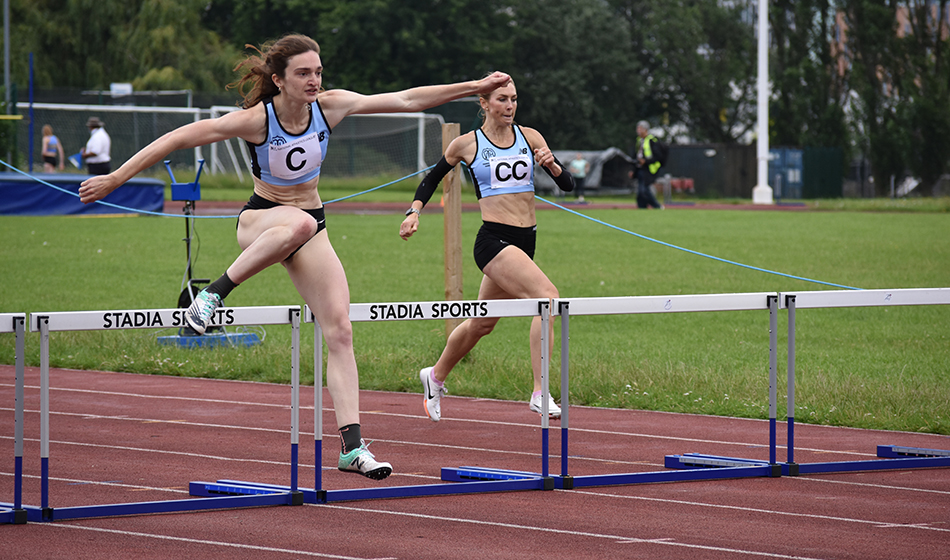 Club competition kicks off this weekend with a ‘Covid-free’ format, live streaming and live results

Thames Valley Harriers will begin the defence of their National Athletics League title in Cardiff on Saturday (May 7).

Team manager Manuel Da Silva has been able to call upon many of the top names which aided the club’s success in the inaugural season of the league last year.

As well as the London-based club being optimistic, things are looking up for the league itself too with a ‘Covid-free’ format, live streaming and live results in 2022.

Last summer TVH won all four of their matches to comfortably top the leaderboard from second-placed Harrow. Their star one-lap hurdlers Nicole Kendall and Chris McAlister are among the athletes they appear to be able to call up once again. Kendall set two league records last year, while McAlister had a pair of individual wins.

Shot-putter Amelia Strickler, who threw for GB at the recent World Indoors, is another showing continued club loyalty. Ireland’s Roisin Harrison, who also competed in Belgrade, should be in their 400m roster. European Indoors competitor Joel Khan is set to line up in the high jump, while Mohamud Aadan goes over 3000m following his third place at the Vitality London 10,000.

TVH head to Cardiff where they will face Cardiff, Harrow, Newham & Essex Beagles, Notts, Southampton, Swansea and Woodford Green with Essex Ladies. Compared to last year, when organisers decided to adapt the format due to uncertainties over pandemic measures, the number of matches per round in each of the Premiership and Championship has been halved to two.

The other opening Premiership match at Sport City will be the first to be live-streamed by Vinco. At the Manchester venue, hosts Trafford will take on Birchfield Harriers, Blackheath & Bromley Harriers, Bristol & West, City of Sheffield & Dearne, Glasgow Jaguars Track and Field Club, Shaftesbury Barnet Harriers and Windsor, Slough, Eton & Hounslow.

The Championship matches will take place at Kingston upon Thames and Chelmsford, while the other division is National 1, of which the first match goes ahead at Milton Keynes.

This year’s scoring returns to a more traditional format, with athletes registering points for their club based on positions, contributing towards an overall club total for each match. Clubs will compete in a round-robin format, unlike last year when the same four clubs repeatedly met each other.

After this Saturday, Vinco will also cover one Premiership match in each of the next two rounds on June 4 and July 2, plus both Premiership and Championship finals at Bedford on August 20-21. The established track and field streaming service is offering it as part of its new Vinco Plus subscription service, with a “season ticket” priced at £14.95 – click here for more.

Also new for this year, the OpenTrack platform is being used for results, meaning live results and team scores.