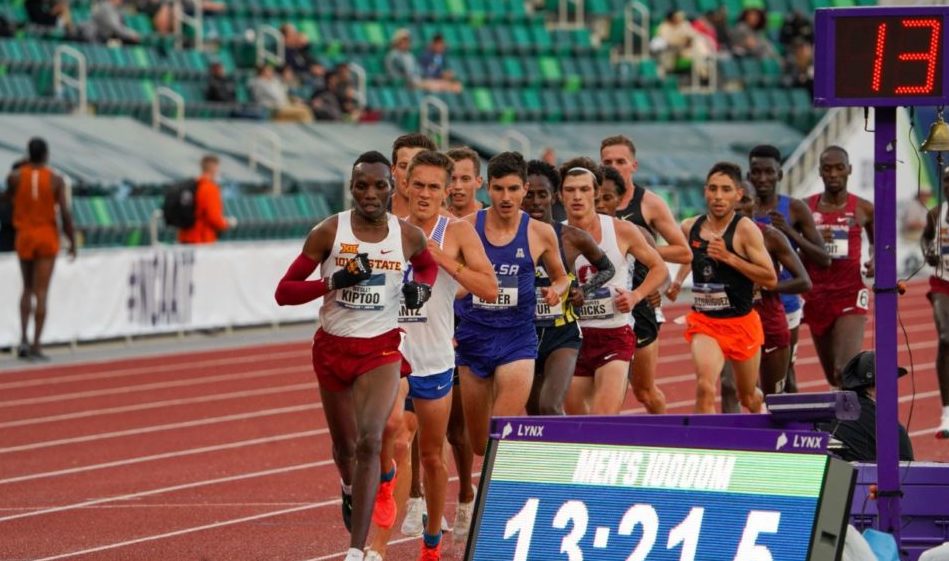 Students often question how their participation in sports will affect their chances of getting into college. They wonder whether the sports will help them get into college, and whether they will be able to play. Students who are into extracurricular activities, like sports, are offered benefits. They include a scholarship, an aid and get great chances of going pro.

Before athletes decide to commit, there are certain points they must consider. The first and most crucial consideration is how much time and effort they are willing to devote to their sport. Even the best DIII colleges will frequently need two practices each day, and sporting activities will consume most of the student’s time. That doesn’t mean you won’t be able to do other things, but you will have limited free time. Also, it is a good idea to make two different lists of colleges. The first has to include the institutions you want to choose or feel you have a chance of attending. This is because of the acceptance rate. While the second is made up of institutions you are considering solely on the basic tuition. The institution you apply to must be one you like, not only for the sporting program.

Here is a list of the best colleges for students who are into sports. This list was compiled using different metric systems and filters. Each institution was examined based on the niche, national rankings, student to faculty ratios, tuition information, average acceptance rates, and NCAA standings.

Stanford University, also known as Leland Stanford Junior University, is an institution of higher learning. A lot of people say it is the best college in California, recognized for its riches, academic excellence, and closeness to Silicon Valley. It was founded in 1885. Sixteen male varsity sports, twenty female varsity sports, 27 intramural sports, and 19 club sports are available at the institution. Stanford plays in Division I of the NCAA and has won 632 NCAA championships. They have 514 individual game titles and 118 group titles. This is the most of any NCAA institution.

In 42 straight years, Stanford has won at least one NCAA team title, 12 have bagged no less than 4 NCAA titles, and 20 have gotten NCAA championships. This niche institution has won 5 NCAA championships in a single academic year at least four times. It has a strong level of student-athletes, and excellent technology Men’s golf, men’s swimming, men’s water polo, men’s tennis. Women’s swimming, and women’s tennis are among the institution’s most successful programs on a national basis.

The academics are also top-notch, especially considering its 4:1 student to faculty ratio. The average acceptance rate, however, is low.

This is a private institution in Durham, North Carolina. It’s situated in the current town of Trinity by Quakers and Methodists. The sports teams of Duke University are one of the best and are members of the NCAA Division 1 Atlantic Coast Conference (ACC) and the Football Bowl Subdivision.

The National Association of Collegiate Directors of Athletics (NACDA) Directors’ Cup, which measures a school’s accomplishment, frequently places Duke among the top in the field. Duke University is one of the best in America, with a student to faculty ratio of 6:1. The average acceptance rate is medium.

The University of Michigan is one of the best public research universities. It was launched in 1817 in Detroit, United States America and moved to Ann Arbor in 1837. It is the state’s oldest post-secondary institute. In all sports except women’s water polo, the Wolverines compete in the NCAA’s Football Bowl Subdivision (FBS) in the Big Ten Conference. U-M competes in 27 competitions, including 14 women’s teams and 13 men’s teams.

University of Michigan has won 35 NCAA championships and 316 individual NCAA championships. With 953 overall victories, the school’s football program is far from average. Rather, it is the most successful in NCAA history. Aside from sporting success, the institution is known for its high-quality educational programmes and a 15:1 student to faculty ratio. The dorms and the living conditions are great.

Yale University is the third-oldest institution of higher education in the United States of America, founded in 1701. It is one of the best. A major private Ivy League university in New Haven, Connecticut. Yale sponsors 35 varsity sporting teams participating in NCAA Division I. The university has won 29 teams NCAA championships and 109 individual championships. Men’s hockey, women’s fencing, and men’s swimming and diving are among the national champion sports.

Yale is now regarded among the best institutions in America, with a 6:1 student to faculty ratio and a 97 percent graduation rate. Even though the acceptance rate is low, the opportunities are great because of its niche.

Notre Dame, Indiana, the Institution of Notre Dame is a private, nonprofit Catholic university. The Fighting Irish are the school’s specific sporting teams. They participate in NCAA Division I, primarily in the Atlantic Coast Conference (ACC), including all sports, especially football.

UND has won 19 national team titles and 62 individual championships. It also has the best winning percentage of any institution’s football team. It has the most football players in any university’s College Football Hall of Fame. According to some experts who aren’t affiliated with the institution or its athletic department the school’s sporting spirit encourages muscular Christianity.

The colleges listed in this article have the best teams in America and have been carefully selected as some of the best and top rankings to consider student-athletes. However, before starting your application process, weigh your options and view or compare the average cost.

If you are a student, make sure you select the best rate or offers. Many people feel that athletes have a tremendous edge in college admissions. This isn’t the case. As an athlete, your admission prospects will be determined by the divisions of your target institutions, your appeal, and, of course, your grades and activities outside the classroom. If you are a sponsored athlete, your university’s standards for your grades may be lower than those for the rest of the student population.

Stephanie Brown is an educational blogger and former professional college admissions expert. She currently works as an author for papersowl.com where she uses her experience in the field in order to highlight  the most important parts of college education. She exploits her social media platforms to educate the applicants about the ways to boost their college applications, which activities to include and what information the admissions specialists find most dominant.