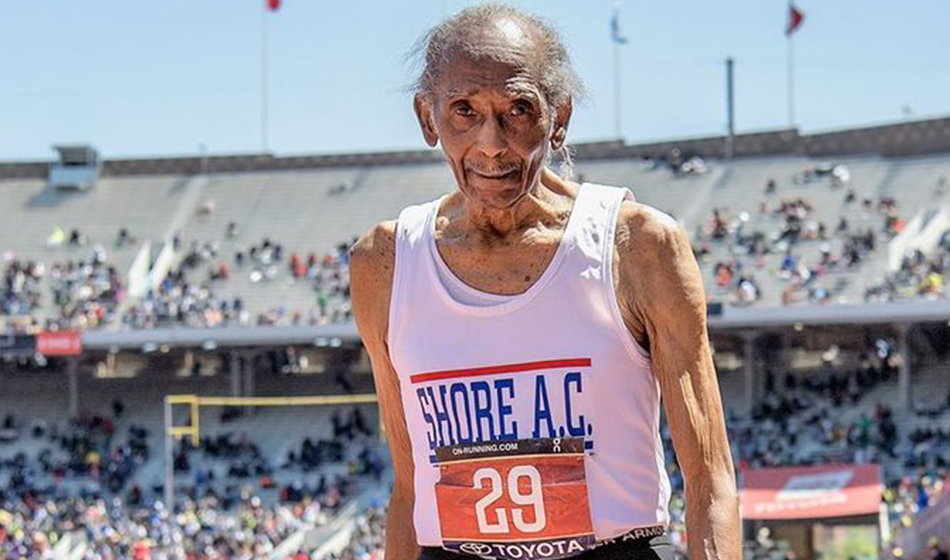 A WW2 veteran has broken the world 100m record for centenarians at the recent Penn Relays.

Lester Wright, who served in a segregated unit under George Patton at both the Normandy landings and Battle of the Bugle in 1944, clocked 26.34 (0.0) in Philadelphia.

He obliterated the previous record of 26.99 which was set by fellow American Donald Pellmann in 2015.

“If you’re going to go out to run a race, you should really run the race and try to win. I don’t know how you can run to be second or third,” Wright told Fox 29 after the race.

Wright only became a centenarian on April 29 and then on April 30 celebrated in style in front of tens of thousands at the world’s first and largest track and field relays meeting.

Representing Shore Athletic Club, a community athletics organisation in Spring Lake, New Jersey, he crossed the line to a standing ovation. Although he finished seventh out of ninth he still beat an 86-year-old and 92-year-old.

Wright’s athletics career started in the 1930s at Long Branch High School, New Jersey, before he met his wife Adele, of whom they’ve been married for 81 years.

Now long retired, Wright is sticking to running so expect another appearance at the age of 101 in 2023.