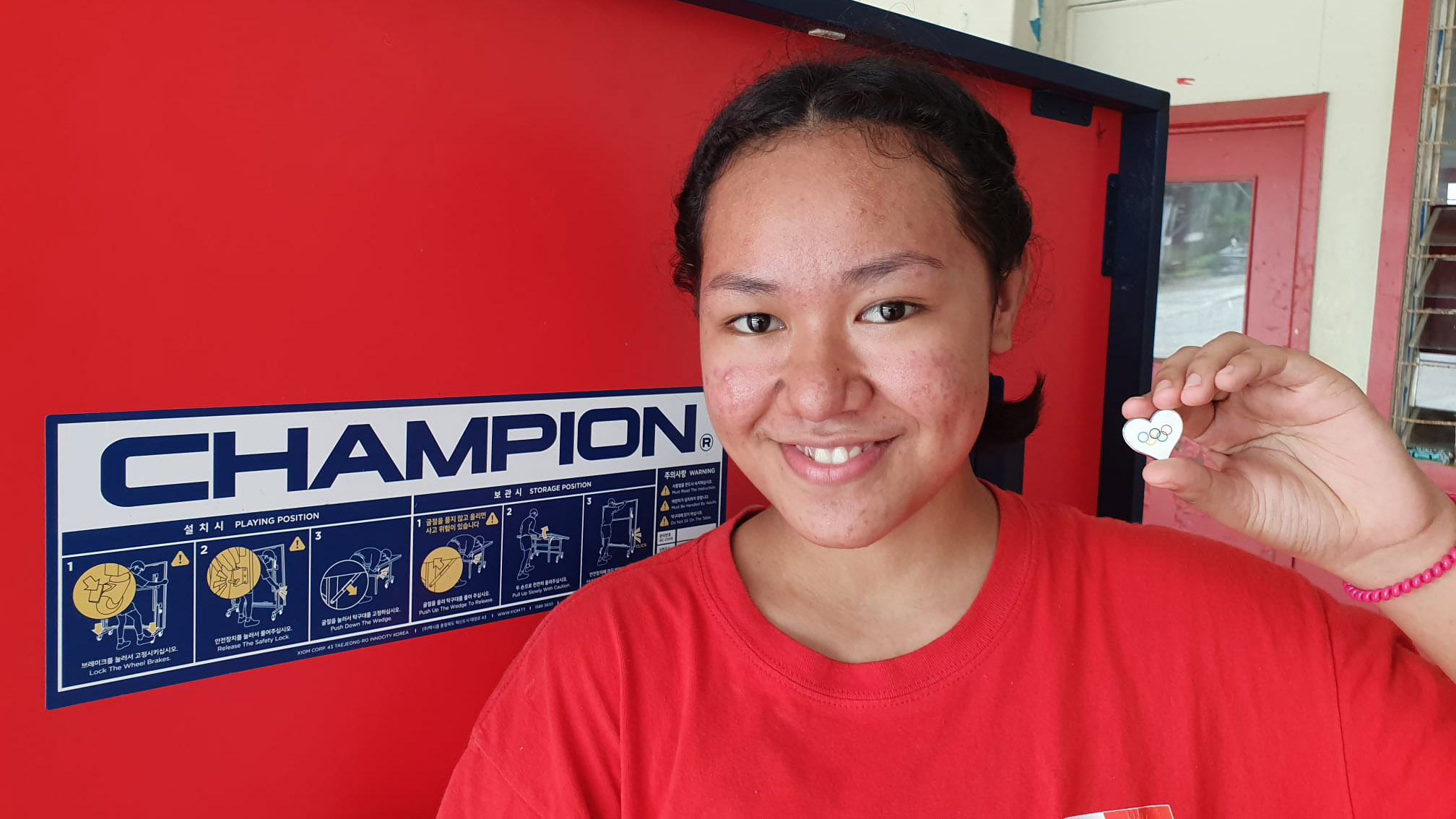 True to his character to motivate young players, he presented his worthy adversary with a small souvenir and encouraged the teenager to make every effort to turn that present into a medal at a future Olympic Games.

“Today is truly a treasure and I am so inspired to work my best as an athlete, it’s a goal to work towards Brisbane 2032.” Melekaufusi Fungavai

Born in December 2007, the same month and year as Egypt’s Hana Goda, Melekaufusi Maryanne Cocker Fungavai  is determined; additional to her table tennis ambitions she aims to be a medical doctor.

The 2021 national under 15 and under 19 girls’ singles winner, she started to play when only three years old, practising at home on a coffee table with her elder brother and twin sister.

Coached by Eseta Vi under the auspices of the ITTF Hopes Programme and Joh Fifita, the Tonga Table Tennis Federation High Performance Manager, in recent times practice has been curtailed.

For the past four months it has been just one session per week owing to the pandemic, previously it was five sessions.

“With determination and great dedication, Tonga has overcome many difficulties to participate at the Olympic Games last year and this year, you have continued to show so much resilience since the volcanic eruption and tsunami. We stand in solidarity with you Tonga.” Thomas Bach

Also present for the occasion was Selemaia Lo’amanu, a Para player and staff member of the Tonga Table Tennis Federation.