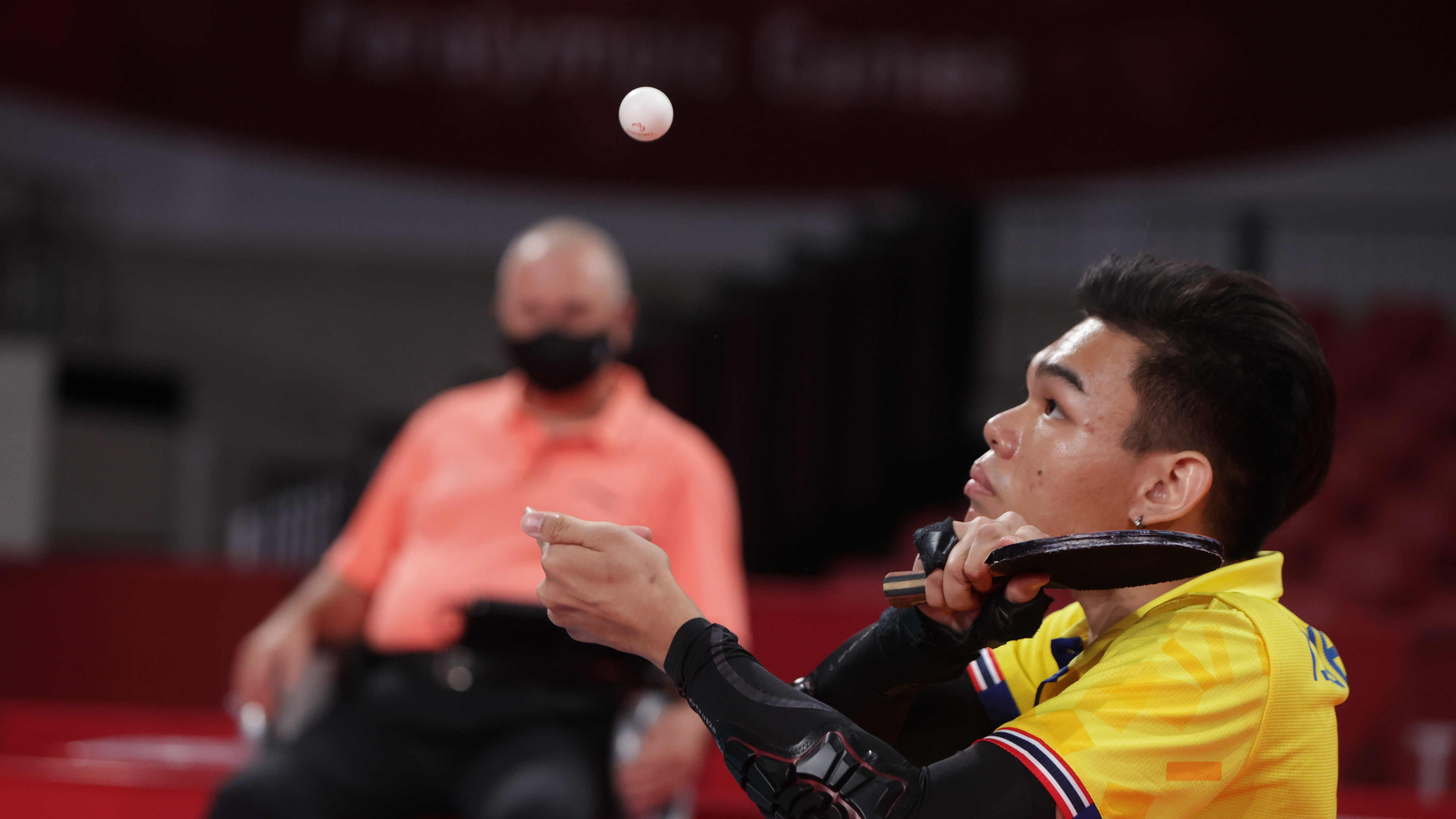 Thailand’s Thirayu Chueawong, a total outsider, caused the biggest upset on the opening day of play, Thursday 5th May, at the SQY French Para Open.

The result is a complete reversal of the Tokyo 2020 Paralympic Games; in the same event, Fabien Lamirault emerged the gold medallist, Thirayu Chueawong didn’t win a single match! He finished in third place in his group behind Chile’s Luis Bustamente and Slovakia’s Martin Ludrovsky.

Players finishing in first and second positions advance to the main draw, it was to be the only defeat for Fabien Lamirault who thus progressed in runners up spot; he now meets Spain’s Iker Sastre, in the last eight, the no.3 seed.

A surprise group first place for Thirayu Chueawong, it was the same for Sweden’s Jonas Hansson in men’s singles class 7. He finished in first position in his initial phase group ahead of Brazil’s Israel Stroh, the top seed and silver medallist at the Rio 2016 Paralympic Games.

Defeat for a notable French name it was the same in the women’s singles on the opening day of action.

Unbeaten Sophia Kelmer is through to the semi-finals, Thu Kamkasomphu now faces Thailand’s Sumalee Sugtho in the quarters.

Cajsa Stadler and Sungkeum are now favourites for the title; a group of five they ended the day the only unbeaten players.

Unbeaten Sayura Mio advances to the penultimate round; Kanamani Furukawa meets Turkey’s Ebru Acer, the no.3 seed, in the quarter-finals.

Otherwise, it was a successful first day of action for the top seeds.

Likewise, for France, it was positive for Thomas Bouvais (class 8), Mateo Boheas (class 10).