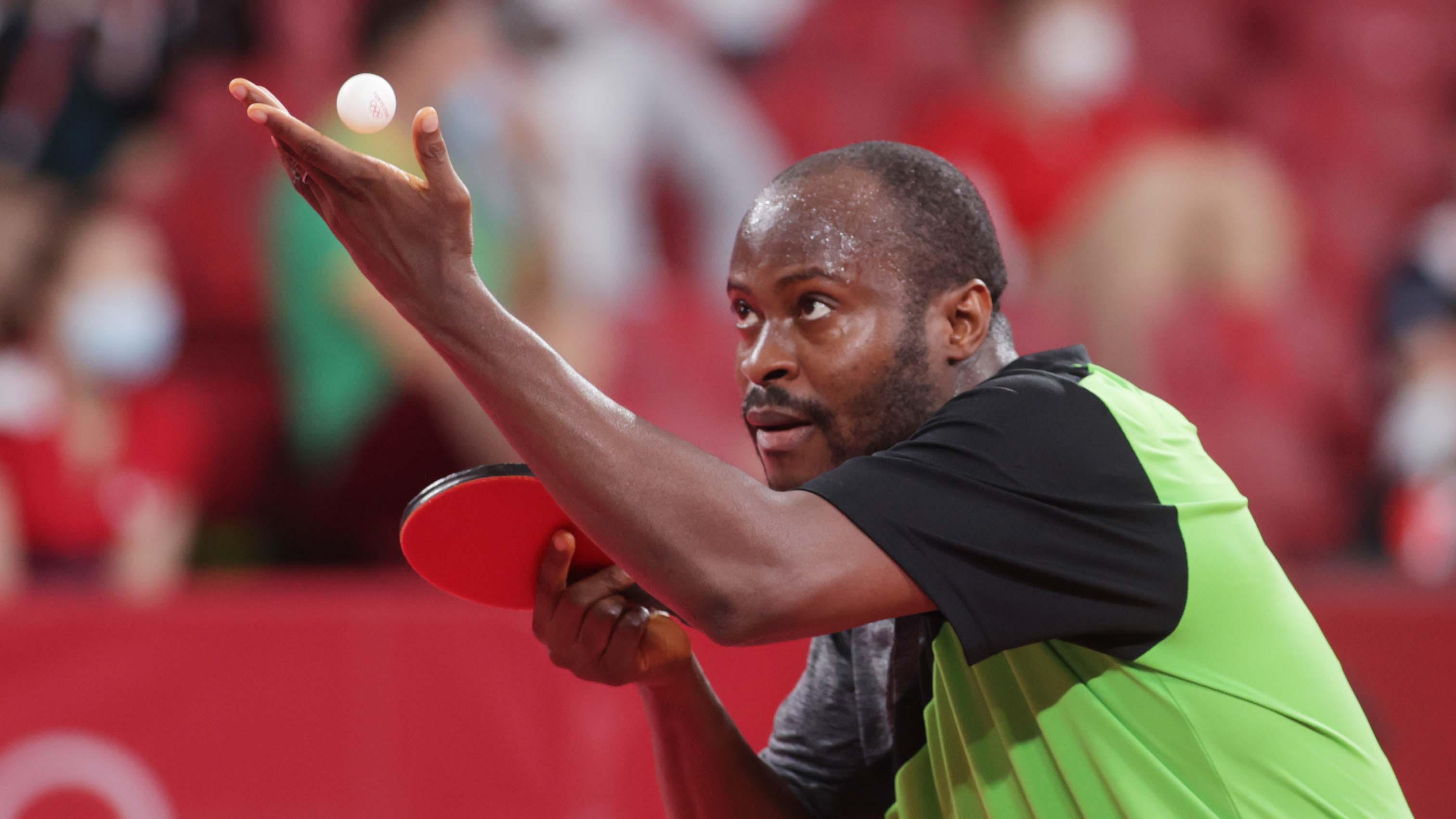 On Tuesday 3rd May, Nigeria’s Quadri Aruna became the first from Africa to gain a top 10 men’s world ranking, nine places below appears the name of Egypt’s Omar Assar.

They are players who are guiding the continent to new heights and fulfilling the promise shown when they first came to international attention.

“I feel so happy and really excited to be ranked no.10 in the world. For me, it is another big challenge and with the support I have been getting all over the world, it seems it is very possible to even go further. Similarly, I’m very happy and excited as I’m looking forward to the future.” Quadri Aruna

In 2009 Quadri Aruna surprisingly won the African Cup, later in the year in Moscow he finished in second place at the Intercontinental Cup, the precursor to Men’s World Cup. Three years earlier, Omar Assar, with seemingly limitless energy, had caught the eye at the 2006 ITTF World Cadet Challenge.

Unprecedented for the men, it is the same for the women, three Egyptian players in the top 50 of the recently issued world rankings, all with many years ahead, the potential to climb even higher.

Listed at no.46, Dina Meshref at 28 years of age is the senior member of the trio, Mariam Alhodaby at no.40 is 22 years old. Hana Goda is by some distance the youngest, it will not be until later this year in December when she celebrates her 15th birthday!

“I’m very happy of course to move up this ranking and very determined to work hard to prove myself and to keep improving.” Hana Goda

“I still can’t believe it; it was one of my dreams to be in the top 50 women players and being ranked number one in Africa. It feels amazing yet challenging because it’s as hard to reach number one.” Mariam Alhodaby

Notably, Hana Goda, Dina Meshref and Omar Assar are players who have benefitted from the ITTF Development Programme; the concept of the “Athlete Development Model”, providing players with greater opportunities. Previously, the focus had been very much on coach and umpire education.

Hana Goda was identified at a very early age through the ITTF Hopes initiative, a game-changer; the concept, a vital part of the Strategic Plan (2018 to 2024) putting young players in the spotlight. The initiative was welcomed by the African Table Tennis Federation and its member associations.

Earlier, Omar Assar and Dina Meshref were awarded “With the Future In Mind” scholarships, becoming two of the concepts most celebrated members.

Omar Assar benefitted for the “With the Future in Mind” programme (Photo: Jörg Fuhrmann)

Without doubt, it is a far cry from six decades ago.

Prior to 1962 table tennis was played throughout Africa but not in an organised manner; five countries were ITTF members – Egypt had joined in 1928, South Africa in 1950, the following year Ghana and Nigeria were added to the list, in 1958 Morocco affiliated.

Significantly in 1937 in the German city of Baden, Egypt became the first African nation to enter the World Championships, two years later in the shadows of war, Cairo hosted the global event.

The driving force was Amin Abou Heif; at the ITTF Congress in 1955, an ITTF Vice President at the time, he was charged with the task of forming an African continental body.

Six years later, at a meeting held in Cairo from Tuesday 5th to Friday 15th December 1961, a total of 18 countries were present to form the African Table Tennis Federation.

Anwar Sadat was elected President; he was to become the President of Egypt from Thursday 15th October until his assassination by fundamentalist army officers on Tuesday 6th October 1981.

Immediately following the establishment of the continental federation, in 1962 the first African Championships were held in Alexandria, Ghana’s Emmanuel Quaye won the men’s singles, Ines El-Darwish emerged the women’s singles champion and thus established a legacy. She is Dina Meshref’s great aunt.

Later in 1991, the African Cup was established, Kinshasa being the venue, in 2014 the initial Africa Top 16 Cup was staged in Lagos, both eventually becoming qualification tournaments for the Men’s and Women World Cup tournaments.

Sandwiched in between, the Africa Club Cup started life in 2008 in Brazzaville.

Notably, the first Egyptian players entered the world rankings on Saturday 25th May 1985, Nigeria’s Yomi Bankole and Francis Sule completing the men’s list at no.92 and no.93 respectively.

Meanwhile in 1982 in Bombay, Atanda Musa became the only player to date to win the men’s singles title at the Commonwealth Championships; two decades later when table tennis was first held at the Commonwealth Games, colleague Segun Toriola, who like Olufunke Oshonaike appeared in seven consecutive Olympic Games, was crowned men’s singles champion.

Now in 2022 and beyond what riches lay ahead? The signs point to the fact the modern generation may well exceed the successes of their worthy predecessors, new horizons await.