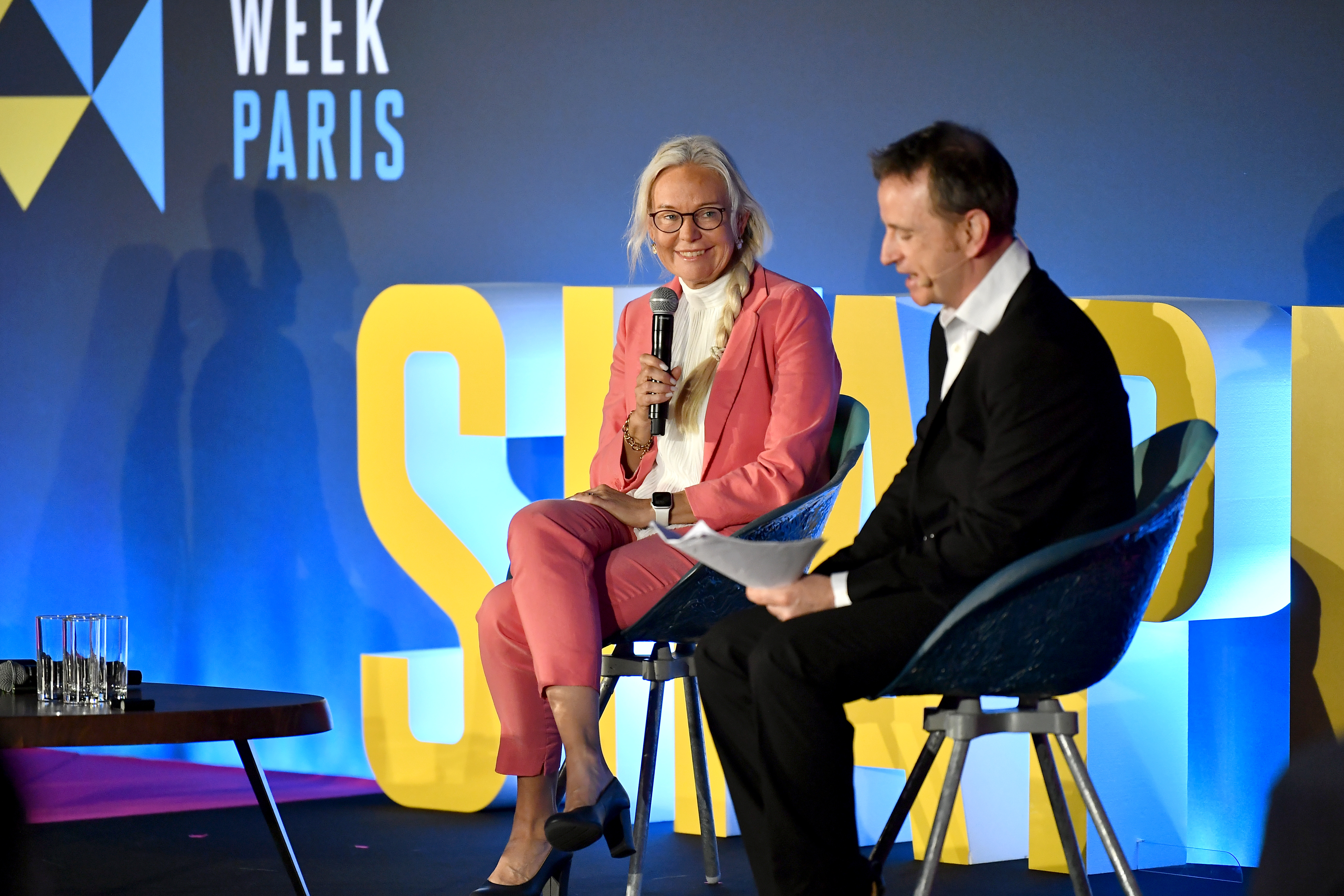 Staged in Paris, host city for the 2024 Olympic and Paralympic Games, on Wednesday 11th May, Petra Sörling, ITTF President, was one of the guest speakers at the Global Sports Week Annual Forum.

She showcased the inclusivity of table tennis in the entitled “Right to Play vs. Duty to Move” session, detailing how the ITTF was creating playing opportunities for all, putting the words of its motto ” Table Tennis. For All. For Life. Forever.” into action.

In particular, she introduced the audience to the many health benefits of table tennis, highlighting the ITTF Foundation’s programme TT4HEALTH.

Most significantly, she detailed one aspect that has witnessed a rapid growth in participants in recent years.

She explained how table tennis is contributing to the possible prevention and slowing of neuro-degenerative diseases, the prime example being the ITTF Parkinson’s World Table Tennis Championships, the third edition of the tournament due to be staged later this year in Pula, Croatia.

Extensive research, especially in Japan which now dates back some 30 years, has shown that table tennis is one of the sports that most stimulates the cognitive system. Balance skills are developed, blood circulation increased, hand-eye coordination is strengthened.

Gathered to shake, shape and share the future of sport, the ITTF was present as part of a broad coalition of international partner organisations, including UNESCO, the International Paralympic Committee (IPC), the French Ministry in charge of Sports and other International Federations.

Global Sports Week Paris is an annual international forum that brings together leaders and disruptors from sport, business, culture, media, government and society.

The goal is to accelerate the development of sport as an innovative, sustainable and positive force at the heart of global society. Around 2,000 delegates from throughout the world are attending the two-days of in-person events, thousands more participating virtually throughout the week.