National tennis academy in Stirling to close in 2024 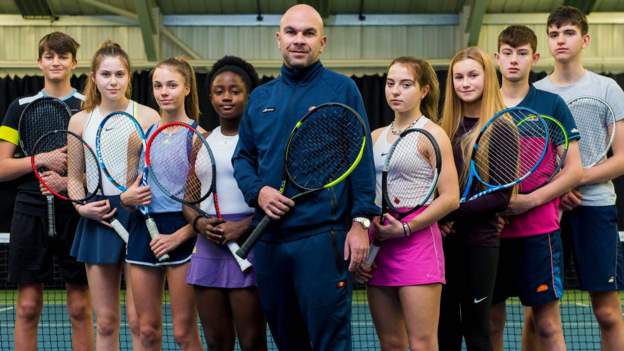 The GB national tennis academy in Stirling is to close in 2024, with the operation being moved to Loughborough.

The Lawn Tennis Association opened its Stirling academy in 2019 following the success of Andy and Jamie Murray, who have 10 Grand Slam titles between them.

Only one Scot has been involved in the programme and the LTA says savings made from the site's closure will allow it to invest in increasing that number.

"We are in ongoing dialogue with the LTA to deliver an enhanced performance strategy and pathway for Scottish tennis talent," a spokesperson said.

The Stirling University deal expires in 2024 and all operations will then be centralised at Loughborough, where the LTA's other national academy is currently based.

When the Stirling academy launched three years ago, Tennis Scotland chief executive Blane Dodds said it could provide "a pathway for champions".

Brazilian Leonardo Azevedo was recruited to lead the coaching team, alongside Scots Colin Fleming and Leon Smith, but its closure is another blow for Tennis Scotland, with the governing body struggling to meet its target of doubling the number of indoor courts in Scotland from 112 to 225.