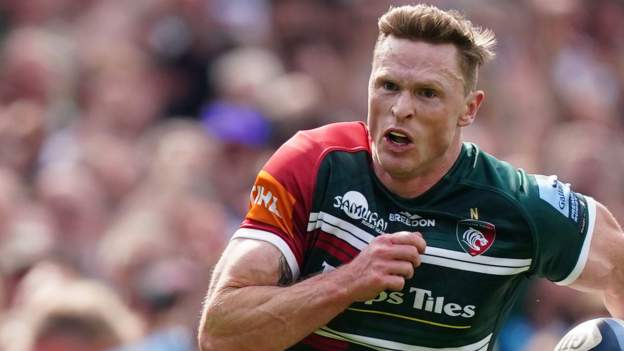 Wigglesworth's deal means he will play on until after his 39th birthday.

The length of the contracts have not been disclosed.

Dual-code international Ashton has touched down six times in seven Premiership appearances for the table-topping Tigers.

The two-time Premiership winner has previously said he was grateful to be given a chance to continue playing rugby with Tigers this year, with his career seemingly drawing to a close when he left Worcester Warriors in December.

Ashton has played for six Premiership clubs, starting out at Northampton in 2007 before moving to Saracens in 2012, where he won two titles before a season at French side Toulon in 2017.

He returned to the English game in 2018 with Sale and spent time last season at Harlequins, before a move to Worcester in January 2021.

His former Saracens team-mate and three-time European Champions Cup winner Wigglesworth, who has made a record 316 Premiership appearances, has extended his playing career after joining Steve Borthwick's coaching staff earlier this season.

New deals for the Tigers quintet come with Leicester already guaranteed a top-two finish and a home semi-final in the Premiership play-offs.