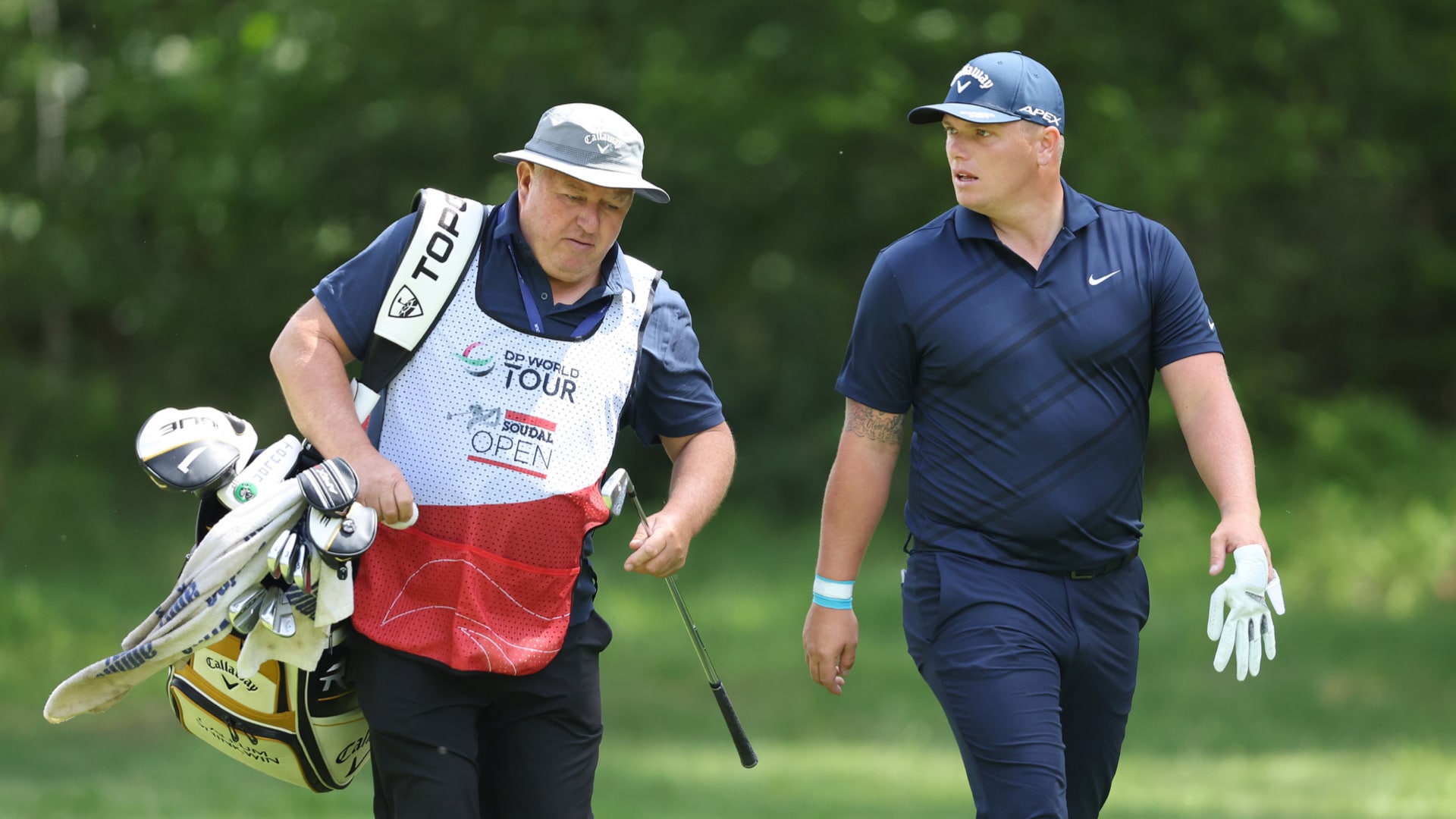 ANTWERP, Belgium — Englishman Callum Shinkwin claimed a share of the lead after the first round of the Soudal Open on Thursday despite almost pulling out of the European tour event with a wrist injury.

Shinkwin shot 6-under 65 at Rinkven International Golf Club near Antwerp and was tied with countrymen Dale Whitnell and Sam Horsfield as the tour returned to Belgium for the first time since 2019.

“I wasn’t really going to be playing today actually,” Shinkwin said. “I’ve had a wrist issue from yesterday (Wednesday) and on the range it just erupted straight up my arm.

“I went into the office to see if there was a first reserve around and they said they were in already and had no one else there, so go play if you can and if you can’t, just walk in.”

“Then I shot 6 under,” he added. “It’s nerve damage, we think, but nothing a bit of paracetamol (acetaminophen) can’t fix.”

Alvaro Quiros was part of a six-way share of fourth place at 5 under. Home favorite Thomas Pieters shot 69.

Sitting T-45 and five shots off the lead at 1-under 70 is Ukrainian-born Lev Grinberg, who is just 14 years old and playing on one of six tournament exemptions that go to amateurs.

Three birdies contributed to Grinberg’s solid start at Rinkven, including a 20-foot putt on the par-4 fourth. He followed that one up with a second-consecutive birdie thanks to a smooth up-and-down from 25 yards on the par-5 fifth.

Grinberg was born in Kiev, Ukraine and started playing golf at age 5. He has spent time training in Belgium and the United States the past few years, living in Florida during the pandemic before returning to Belgium late last year.