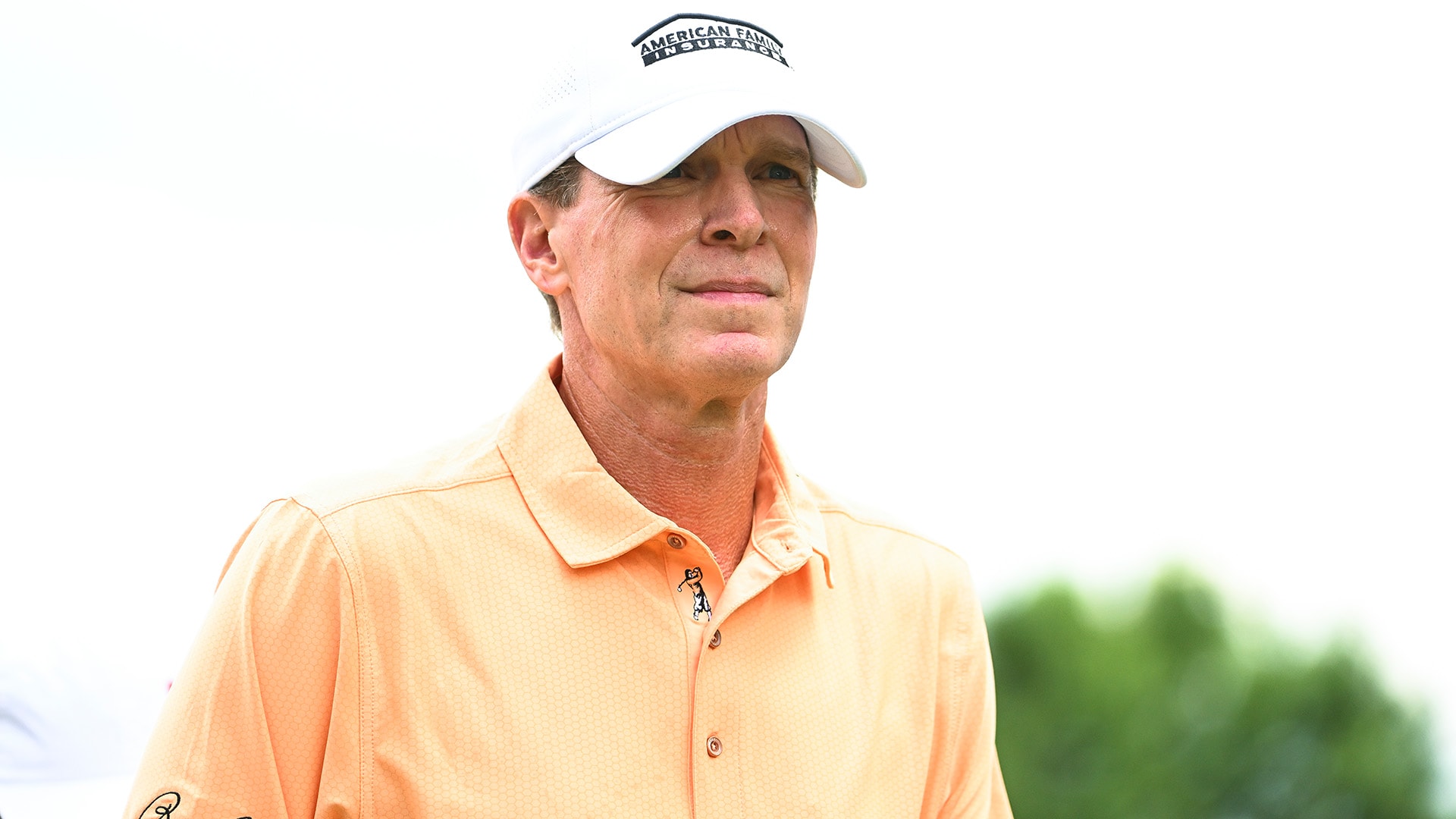 BIRMINGHAM, Ala. — Steve Stricker will take a three-stroke lead over Steven Alker into the final round of the Regions Tradition, birdieing the final hole Saturday for a 6-under 66.

Playing his third straight tournament after a six-month hiatus for health reasons, Stricker sits at 17-under 199 as he seeks his second win in the past three tries in the PGA Tour Champions major at Greystone Golf & Country Club. He had three straight birdies from holes 13-15 after his lone bogey and polished off the round with a fourth.

Stricker is seeking his fourth major championship on the 50-and-over circuit.

Alker birdied the final two holes for a 65. A two-time winner this year already, the Charles Schwab Cup points leader is chasing his first major championship.

“It would mean a lot,” Alker said. “I’ve won three times and the majors are a big deal out here. We’ve got five of them so we’ve got a good shot at a few.

“You always say try and treat it as another day. But that’s what I’m going to try to do. I’m just having fun out here and hitting my shots.”

Miguel Angel Jimenez, the 2018 winner, had a 67 to get to 12 under. He finished the round with a birdie and is also seeking his third win of the year.

Stuart Appleby and Padraig Harrington were 11 under.

Appleby had a bogey-free 68, and has hovered at 68 or 69 each day. Harrington had a more adventurous round and closed his 70 with an eagle on the par-5 18th. He had bogeys on two of the first six holes.

Stricker powered his approach shot off the grandstand on 18, taking advantage of the rebound well back onto the green. He lost a one-hole playoff to Alex Cejka last year on the Founder’s Course.

Cejka was disqualified after a 66 Saturday for using a yardage book that had not been approved for the competition by the PGA Tour Champions Rules Committee.

Stricker already has tied for 10th and second in his first two outings since his return after spending nearly two weeks in the hospital and dropping 25 pounds. Now, he’s trying to hold on for another major.

Glen Day (67) and Ernie Els (70) were seven shots back. Els eagled the par-5 13th to help rebound from an opening seven holes that included four bogeys.

Harrington and Scott McCarron were two shots behind Stricker entering Saturday, and both fell back. McCarron followed up his round of 65 with a 77.

More in this category: « APGA spotlight: Michael Herrera goes from par-28 muni to tour winner Bubba Watson shot 63 at PGA Championship with a torn meniscus »
back to top