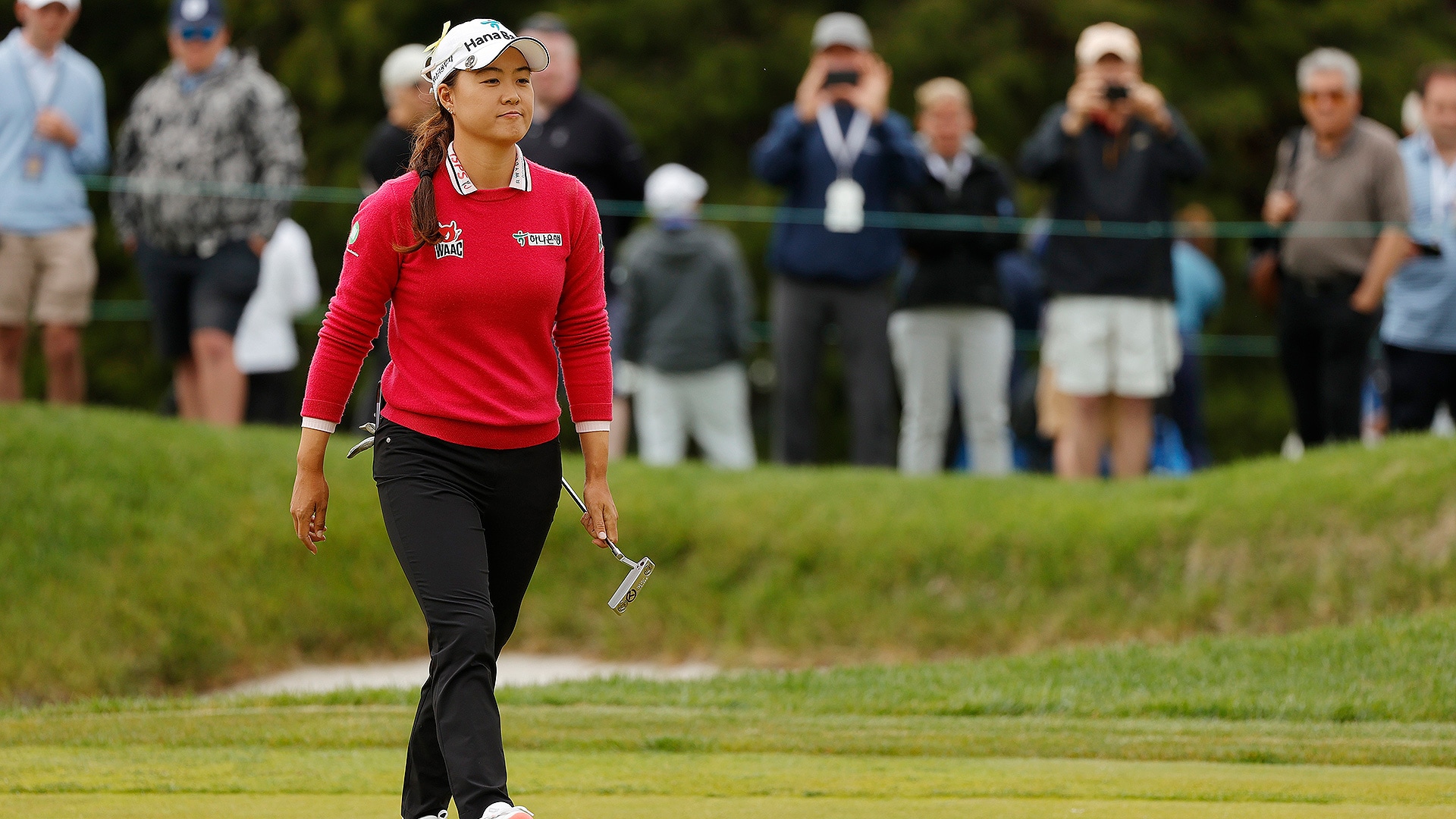 CLIFTON, N.J. – The only only thing missing from Minjee Lee’s resume this year is a victory and the best scorer on the LPGA Tour took a big step toward that in the second round of the Cognizant Founders Cup.

Lee flirted with the best round on tour this season before settling for a 9-under 63 and a three-shot lead Friday at the halfway point of the event on that honors the 13 founding members of the women’s tour. The Australian had a 14-under 130 total at Upper Montclair Country Club.

“Hitting it close really helps you, just like I said before, really just frees you up,” said Lee, who has two top-five finishes in six events. “Even with the short putts, it’s just like a little more confidence boost.”

First-round leader Madelene Sagstrom, Lexi Thompson and Ally Ewing shared second after the round played under a cloudy sky with sporadic light rain less than 10 miles from New York City. Sagstrom had a 70, while Thompson and Ewing had 66s in finishing at 11 under.

Thompson climbed up the leaderboard with a 66 Friday in New Jersey and finds herself in the hunt to for her first victory since '19.

Lee got to 10 under with three holes to play but bogeyed the 16th and failed to tie the tour’s low round of 62 by Yuka Saso of Japan in the Honda event in Thailand.

Lee, who entered the week with a scoring averaging of 69.167, tied for second in the HSBC Women’s World Championship in March and shared third in the Los Angeles Open last month.

“Maybe this will be the first one and it’ll kick start the rest of the year,” she said.

Sagstrom, who had a 63 on Thursday, got off to a slow start trying to go low again.

The 27-year-old Thompson has won 11 LPGA titles, including a major, but she has not won on tour since the ShopRite Classic in New Jersey three years ago.

She was not happy being asked about the drought.

“The talent out here is truly amazing. I mean, it’s tough to win,” she said. “All I can do is control my emotions and how much hard work I put in, and I know the amount of work that I put into it, so if it doesn’t happen, doesn’t happen. It’s not the end of my life.”

Ewing, who has missed the cut in three of seven events, said she tends to start the season slow. She had bogey and seven birdies, with four coming on her first five holes.

“It’s exciting to see that my game has been trending, and just overall I’m just looking forward to the weekend and hopefully I can keep producing the same results,” said Ewing, who has won twice on tour.

Sanna Nuutinen, a 31-year-old Finn playing her first season on the LPGA Tour, had a 68 and was alone in fifth at 135.

Carlota Ciganda, Paula Reto and Megan Khang, who was a shot behind Sagstrom after the opening round, were tied at 136.

Nasa Hataoka, who had an opening-round 65, had a 73 and was in a big group at 6 under, a shot ahead of two-time defending champion and No. 1 ranked Jin Young Ko of South Korea, who had in another large group at 5 under after a second-round 70.

Anna Davis, the 16-year-old who won the recent Augusta National Women’s Amateur, made her second straight cut playing on a sponsor’s exemption. She was at 140 after two straight 70s.

Eighty players in the field of 144 made the cut at 1 under. Among those missing it were Marina Alex, the New Jersey native who won at Palos Verdes last month, Solheim Cup captain Stacy Lewis and Leona Maguire of Ireland, who won this year at the LPGA Drive On Championship.

More in this category: « APGA spotlight: Michael Herrera goes from par-28 muni to tour winner UPS cuts ties with Louis Oosthuizen and Lee Westwood at PGA Championship »
back to top