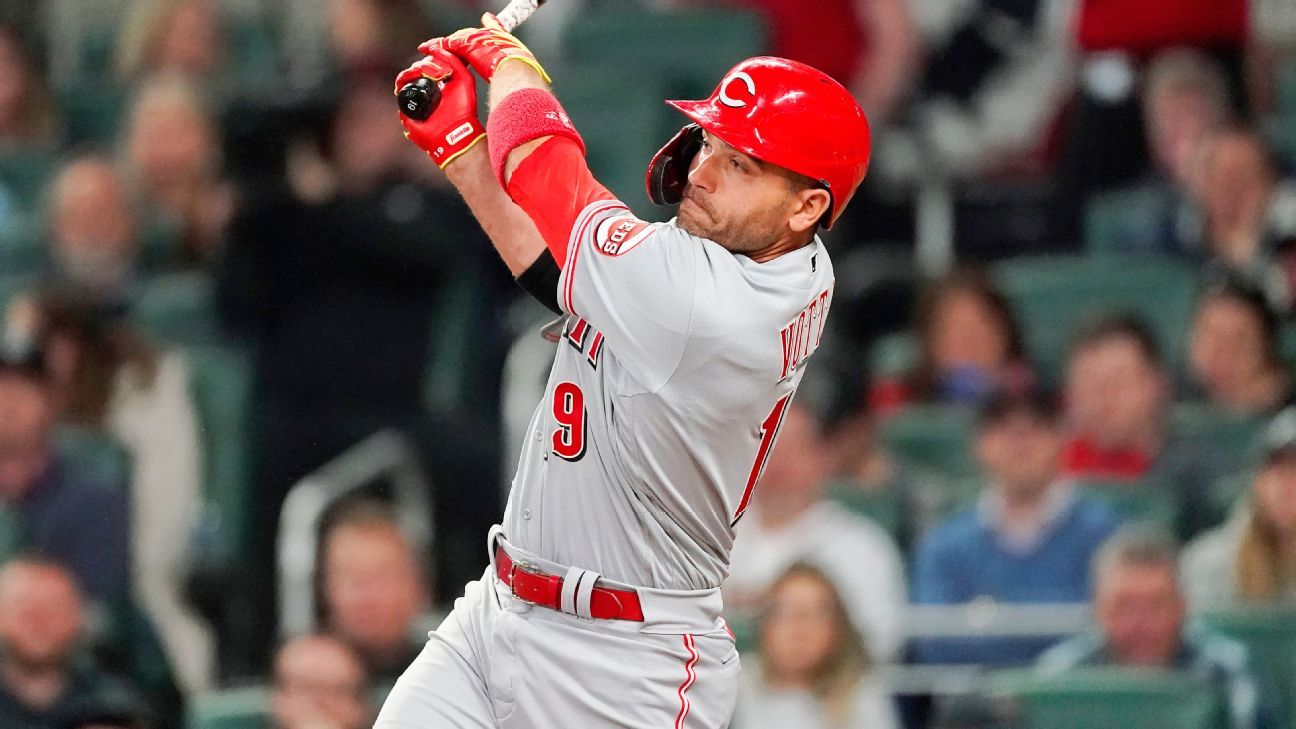 TORONTO -- The Cincinnati Reds activated Canadian slugger Joey Votto off the injured list before Friday's game in Toronto against the Blue Jays.

A six-time All-Star in 16 seasons, Votto hasn't played a lot in front of the local fans -- only nine games at Rogers Centre, during which he has hit three home runs while going 8-for-33 (.242) with seven RBIs.

Votto, who grew up in Toronto, was in the lineup in the cleanup spot Friday against Blue Jays left-hander Hyun Jin Ryu.

Votto is off to a tough start. He's hitting .122 with no home runs and three RBIs in 22 games, and he has struck out 29 times in 74 at-bats. He last played for Cincinnati on May 1.

To enter the country, the Canadian government requires a person to have received a second COVID-19 vaccine dose -- or one dose of the Johnson & Johnson vaccine -- at least 14 days before entry.

Unvaccinated players go on the restricted list because they are not paid and do not accrue major league service time, according to a March agreement between Major League Baseball and the players' association.

Mahle pitched 6⅓ innings as the Reds won 4-2 at Cleveland on Thursday, a game that was pushed back after being rained out Wednesday. The Reds said Mahle was required to go on the restricted list but could not be replaced on the roster for Cincinnati's trip to Toronto because he had pitched at least four consecutive innings within the three days prior to the series in Canada.