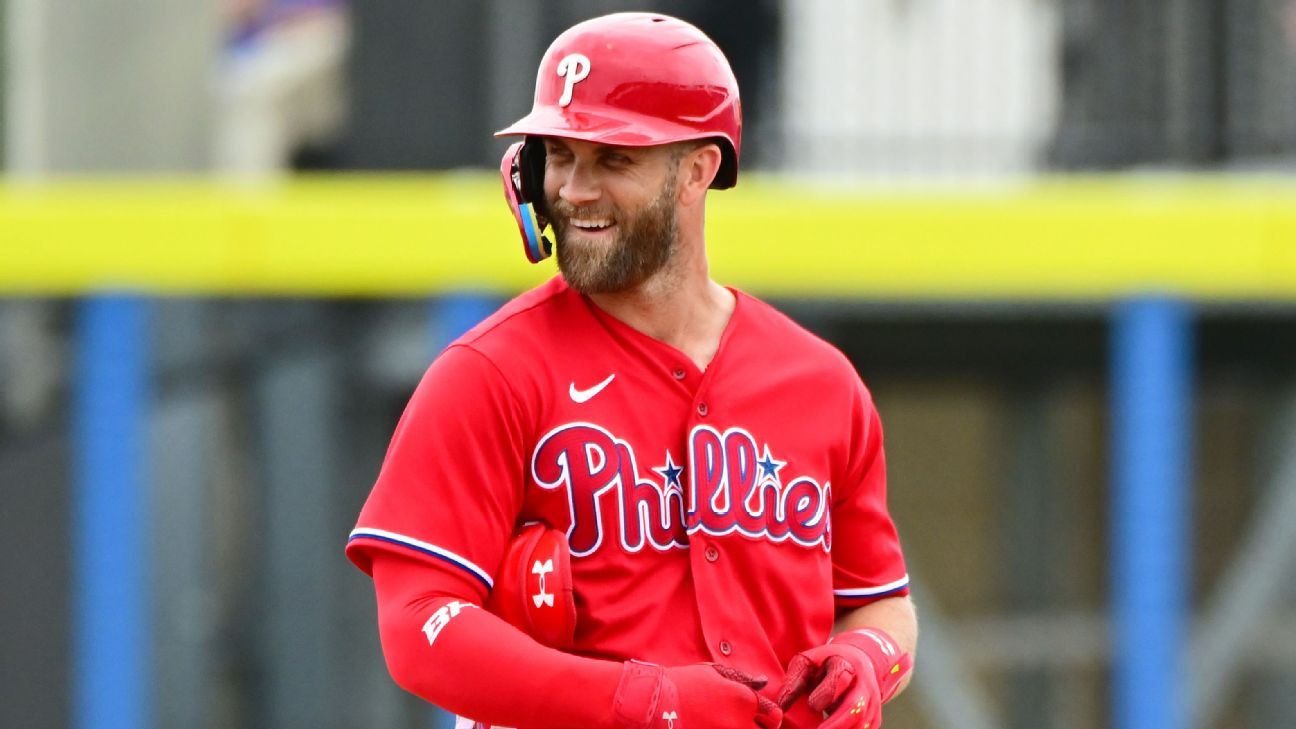 PHILADELPHIA -- Bryce Harper returned to the lineup as the designated hitter for the Phillies on Saturday after he missed the previous five games because of soreness from a platelet-rich plasma injection in his right elbow.

Harper is batting .305 with 9 home runs, 14 doubles, 27 RBIs and a .634 slugging percentage. The 29-year-old has been playing exclusively at designated hitter since injuring his arm on a throw from right field last month. He last played the field at Miami on April 16.

"The last couple of days were tough for me," Harper said before the game. "Woke up yesterday feeling good and today feeling better, as well."

Harper had the shot Sunday because of a small tear in the ulnar collateral ligament of his throwing elbow. He has been unable to throw because of the injury. It could be another six weeks before he is cleared to try again and possibly resume his spot in right field.

"Ready to go," Harper said. "Ready to get back in there and try to help."

The Phillies had dropped four of five games entering Saturday.