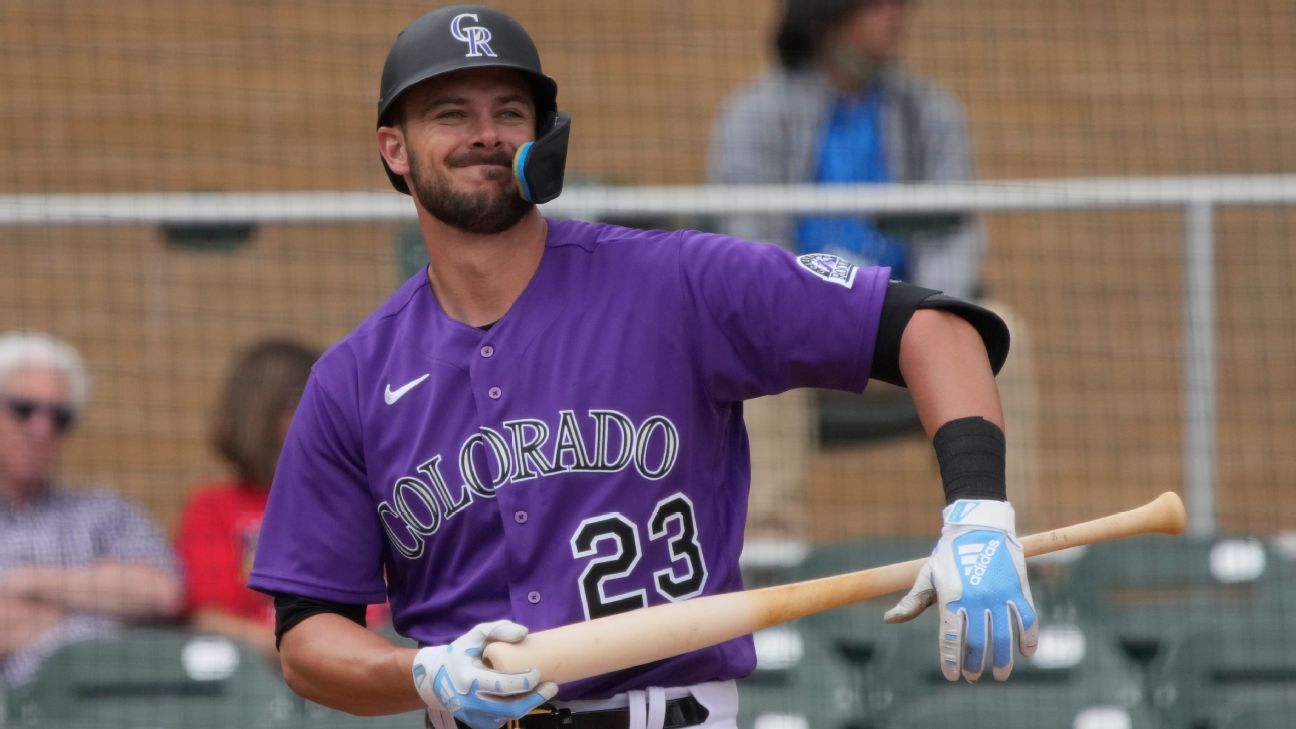 Colorado Rockies left fielder Kris Bryant, who has been out since April 25 due to back pain, has been activated from the injured list, the team announced Saturday.

Bryant, who signed a seven-year, $182 million free-agent deal in March, is still looking for his first home run with the Rockies. He's batting .281 with four RBIs and 12 strikeouts in 65 plate appearances.

He has been rehabbing with Triple-A Albuquerque after receiving a cortisone shot.

The Rockies also recalled right-hander Ashton Goudeau from Triple-A Albuquerque to serve as the 27th man for Saturday's doubleheader vs. the New York Mets.