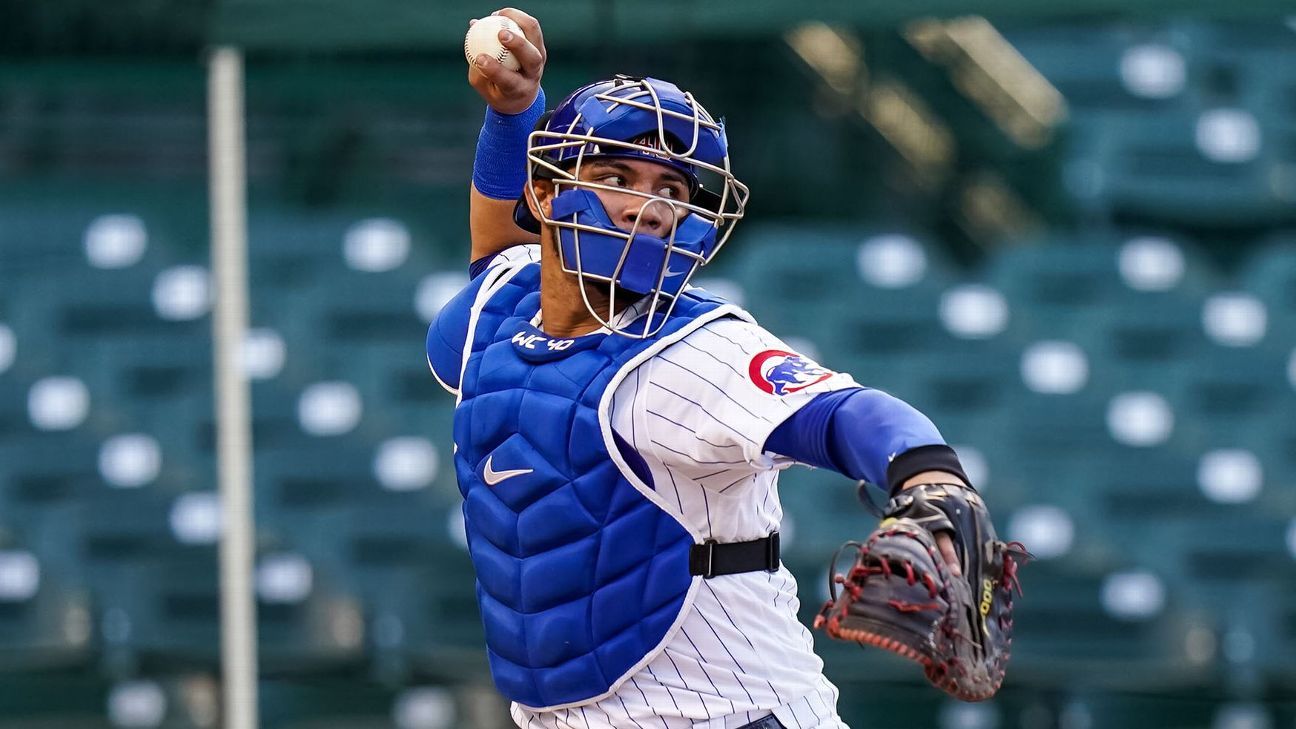 CHICAGO -- Cubs manager David Ross praised catcher Willson Contreras on Sunday for speaking up after he felt some tightness in his right hamstring.

Contreras left Saturday's 7-6 loss to the Arizona Diamondbacks after he got hurt running the bases in the third inning. Contreras was out of the lineup for the series finale against the Diamondbacks, but he is considered day-to-day, and Ross said it could have been worse.

"I thought that was smart of him yesterday, with some of the lower stuff he's had," Ross said. "I mean, that's a veteran move. Like, hey, something doesn't feel right, let us know. Probably saved us there."

The 30-year-old Contreras, who is eligible for free agency after this season, is batting .258 with five homers and 14 RBIs in 34 games.

With Contreras' injury, the Cubs brought up catcher P.J. Higgins from Triple-A Iowa and designated infielder Ildemaro Vargas for assignment. Higgins was in the starting lineup for Sunday's game against Arizona.

Higgins, 29, made his major league debut last year, going 1-for-23 over nine games with Chicago. He is hitting .417 with a homer and 17 RBIs in 22 games for Iowa this season.

Higgins' 2021 season was cut short by a right forearm strain.

"It's been a crazy 12 months," Higgins said. "Honestly, after getting hurt last year and being injured, I've just been happy being able to play baseball. That was my first true injury where it sidelined me for six months basically."