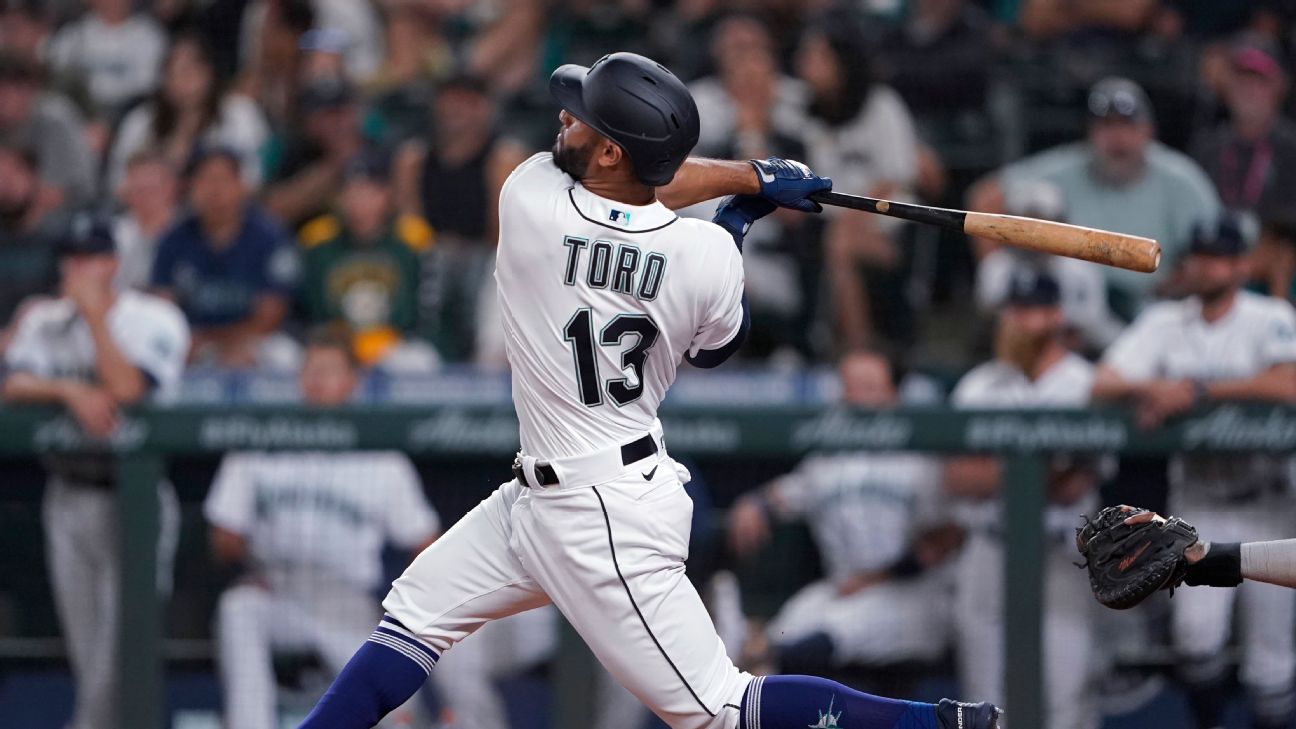 BOSTON -- The struggling Seattle Mariners made a few roster moves before Sunday's series finale against the Red Sox.

Toro, who is batting .179 with six homers and 13 RBIs, was injured in Saturday's 6-5 loss when he collided with right fielder Adam Frazier going after a popup in the first inning, hitting the ground after a catch.

Seattle enters Sunday having lost 18 of its last 24 games and has dropped the first three of a four-game series against the Red Sox.