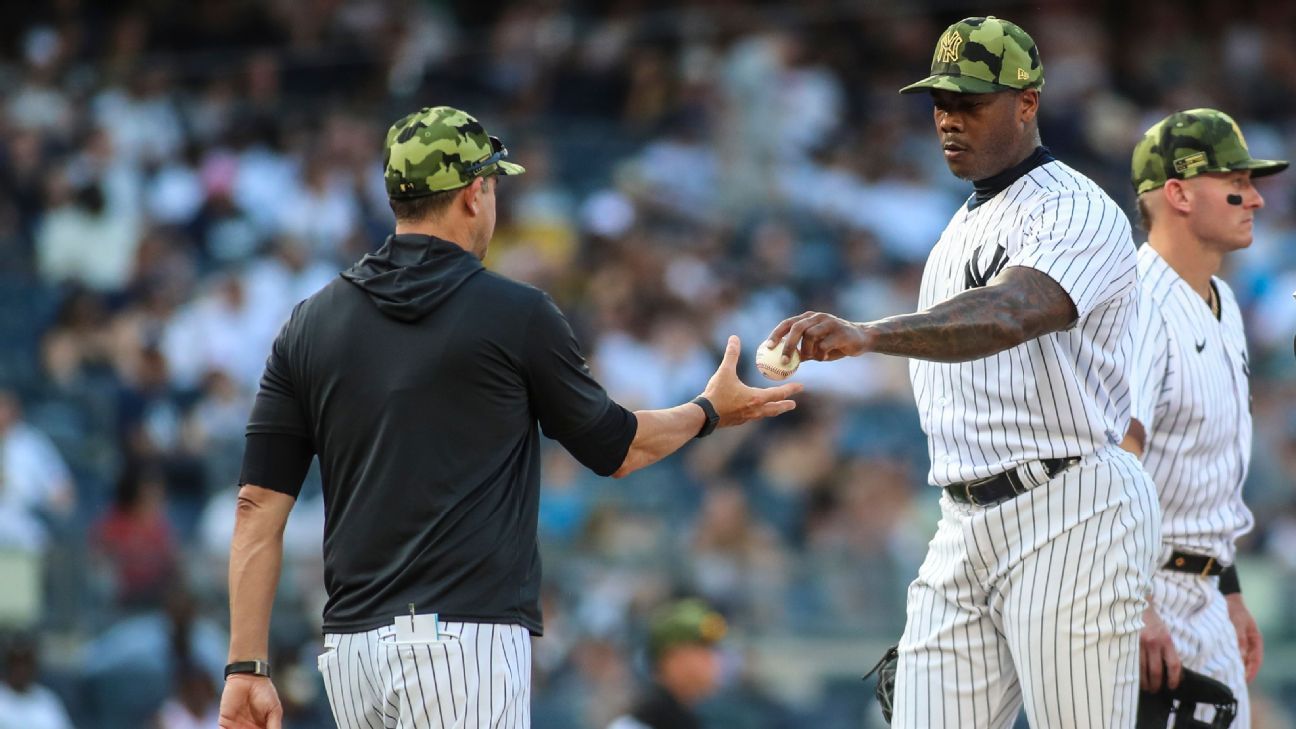 Struggling New York Yankees closer Aroldis Chapman said Sunday that he's been dealing with an issue with his left Achilles.

Chapman allowed a tiebreaking home run to AJ Pollock in the ninth inning of New York's 3-1 loss to the Chicago White Sox in Game 1 of a doubleheader Sunday in the Bronx. The seven-time All-Star has now allowed runs in five straight appearances, the longest streak of his career.

Speaking through an interpreter, Chapman said he's been receiving treatment on the Achilles for a couple of weeks and that he'll meet with the team's athletic trainers to see if a trip to the injured list is necessary.

Asked how much it's affected him, he added through the interpreter: "When you're dealing with things, sometimes it can affect you, but at the end of the day it's not the reason for the last results.

"Pretty simple, things have not worked out the way I would want."

"We've just got to continue to work to try and get him right, because when he gets synced up, delivery-wise and strike-throwing-wise, he's still got the stuff that could be dominant," manager Aaron Boone said.